When Rockstar Games’ music director, Ivan Pavlovich, first joined up with the company 15 years ago he was coming from a pretty tight knit musical world of his own.

The former label head of Guidance Recordings and a frequent face in Chicago’s underground scene, Pavlovich was passionate about celebrating the music of independent artists. Having worked with Rockstar on two soundtracks prior to this job, they provided a happy refuge from the record industry’s precarious position at the time. Music has always played a big role in the Grand Theft Auto series and given the its overall success and impact on pop culture, the music, which turned up on radio stations or in soundtracks, has inevitably gone on to find new life in the hearts and ears of its players.

Other than the obvious fact that driving and music go hand-in-hand the reason GTA has made such a push to expand music’s role in the universe is largely due to the fact that many involved in the game’s production are themselves fans. After Hours, the newest pack for GTA Online, takes this desire to share the music and club culture they’re passionate about to another level. Upgrading music from a passive to active role in the game.

Players have the opportunity to purchase their own club and be in complete control of its operations. This includes designing lighting, meeting technical riders and, of course, booking DJs. Four underground mainstays, The Black Madonna, Dixon, Solomun, and Tale Of Us, were chosen by Pavlovich and his team to be animated via motion capture suits into the game. Once booked in one of the ten clubs available for purchase their animated characters then perform custom made mixes with the physical authenticity of a live performance.

FACT caught up with Pavlovich to talk more about his tenure as musical director and how it’s culminated in Grand Theft Auto’s most ambitious musical venture yet.

How did the After Hours concept within GTA Online come about, were you apart of this idea from the ground up?

Why did you choose to display the underground side of club culture? A lot of what’s displayed in the media when people say “clubbing” is teenagers grinding their teeth in Ibiza. Instead, you’re veering away from that and asking players to meet The Black Madonna’s specific tech rider. Why go there?

Ivan Pavlovich: We’ve always gravitated toward music that we love and introducing something our audience may not be familiar with. Techno, right now, and underground dance culture is kind of at its peak and we’ve been fans since the beginning. With all the radio stations that we do, we’re always trying to find those artists that are really interesting that we can introduce our audience, too. The Flying Lotus station was great, so were the Gilles Peterson DJing and curating a station, the dancehall stations. We’ve had ambient electronic stations before. It’s just where we come from. We’re always trying to find interesting aspects of culture and push them out to our audience. We grew up in independent dance music so we want to be able to share that with a wider audience.

What is the process behind picking the artists, what resources did you use?

Pavlovich: We’re just so embedded in the culture ourselves, we go out all the time, we love this music. These particular DJs we’re just huge fans of. In 1996 I was following Dixon and he was an incredible DJ putting out incredible compilations. Growing up in Chicago, The Black Madonna has been part of the Chicago scene for a very long time now. This is something that we live, we’re not searching it out and trying to find the cool thing to put in the game, it’s something that we’re actually passionate about. Ultimately, we’re trying to find people that we’re fans of and find a way we can integrate them into our games in a very cool and natural way. 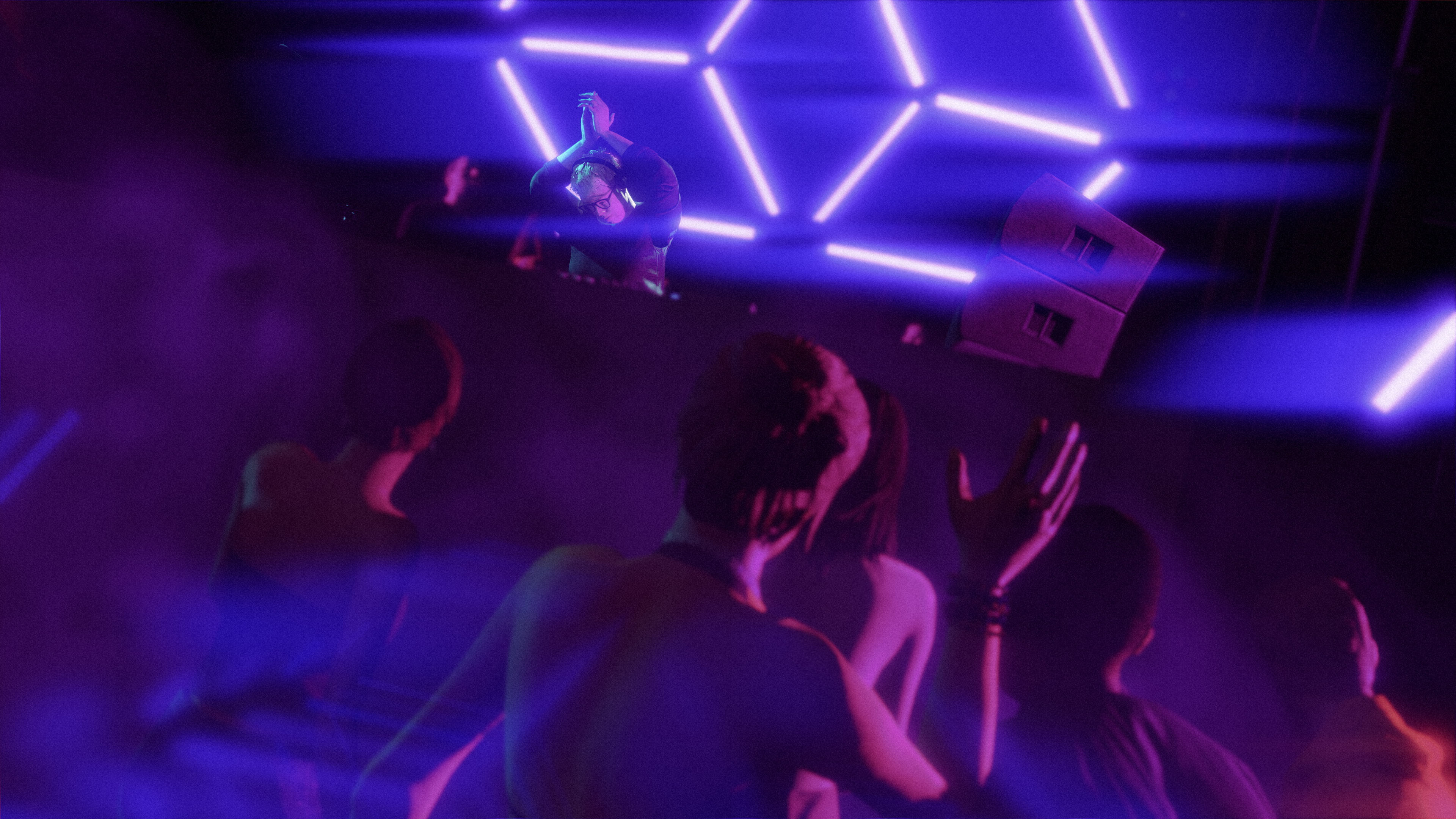 So overall what do you think this pack adds to the game?

Pavlovich: When we decided we were doing this nightclubbing pack, we wanted to make it as authentic as possible. We wanted the players to get into the club and really feel like they were getting into it. So we brought in all four DJs and we put them in motion capture suits, we took down their riders, we recreated their DJ setup, we brought their friends in their managers in their tour managers in and they were all [motion captured]. When they were on stage, some of them wanted certain drinks behind the DJ booth, we did everything like you would in a real club. As a player, you can customize your lighting, the sound mix is different in the club than it is on the radio [in the game].

Have you heard any audience feedback? What’s that been like?

Pavlovich: People love that we’re using these DJs and that we are being very truthful to the underground and the underground scene. People are really really excited about the mixes. All four mixes are really different so it gives people four different experiences form the top DJs in the world.

Will there be other artists added to this pack, will it evolve into something bigger?

Maya-Roisin Slater is a music and culture journalist based out of Berlin and London. She recently stopped talking about riffs and started talking about frequencies. Find her on Twitter.

Read next: The Black Madonna’s We Still Believe street party 2018 in photos