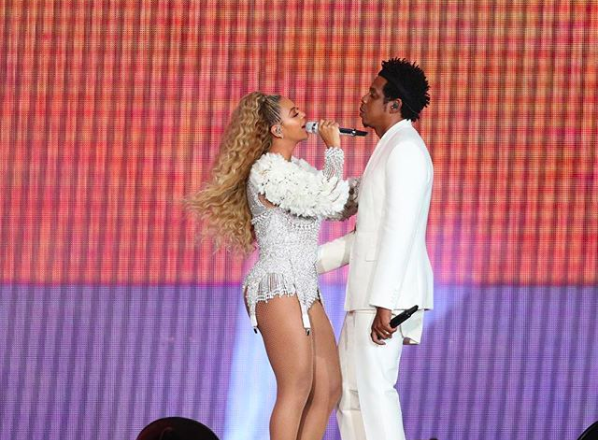 Beyoncé and Jay-Z’s show in Atlanta ended in chaos and confusion on Saturday night (August 25) after a fan rushed the stage.

The Carters had just performed their recent single ‘Apeshit’ at the Mercedes-Benz Stadium when the fan – identified as 26-year-old Anthony Charles Thomas Maxwell – ran up to the couple and tried to follow them backstage.

Footage posted on social media shows Beyoncé and Jay-Z’s back-up dancers running to help, while security guards tackled Maxwell to the ground. He was reportedly detained by police and given a citation for disorderly conduct.

A fan ran after Beyoncé & JAY-Z on stage tonight and the dancers tried to stop him. #OTRII #Atlantahttps://t.co/m47AMvyWCv pic.twitter.com/8V5fGaUtrj

Earlier this morning, Beyoncé’s publicist Yvette Noel-Schure wrote on Instagram that the couple “are fine” and looking forward to their second show at the Mercedes Benz Stadium tonight. [via Billboard]

Read next: Singles Club: Everything is The Carters