The announcement follows a cryptic postcard from the Rush Hour affiliate.

London’s XOYO has announced today (September 10) that Hunee will take over from Flava D as the club’s Friday night resident.

‘Postcards from Hunee’ will see the DJ play 10 consecutive Friday nights in October, November and December at the Shoreditch venue, joined by a host of as-yet-unannounced special guests. 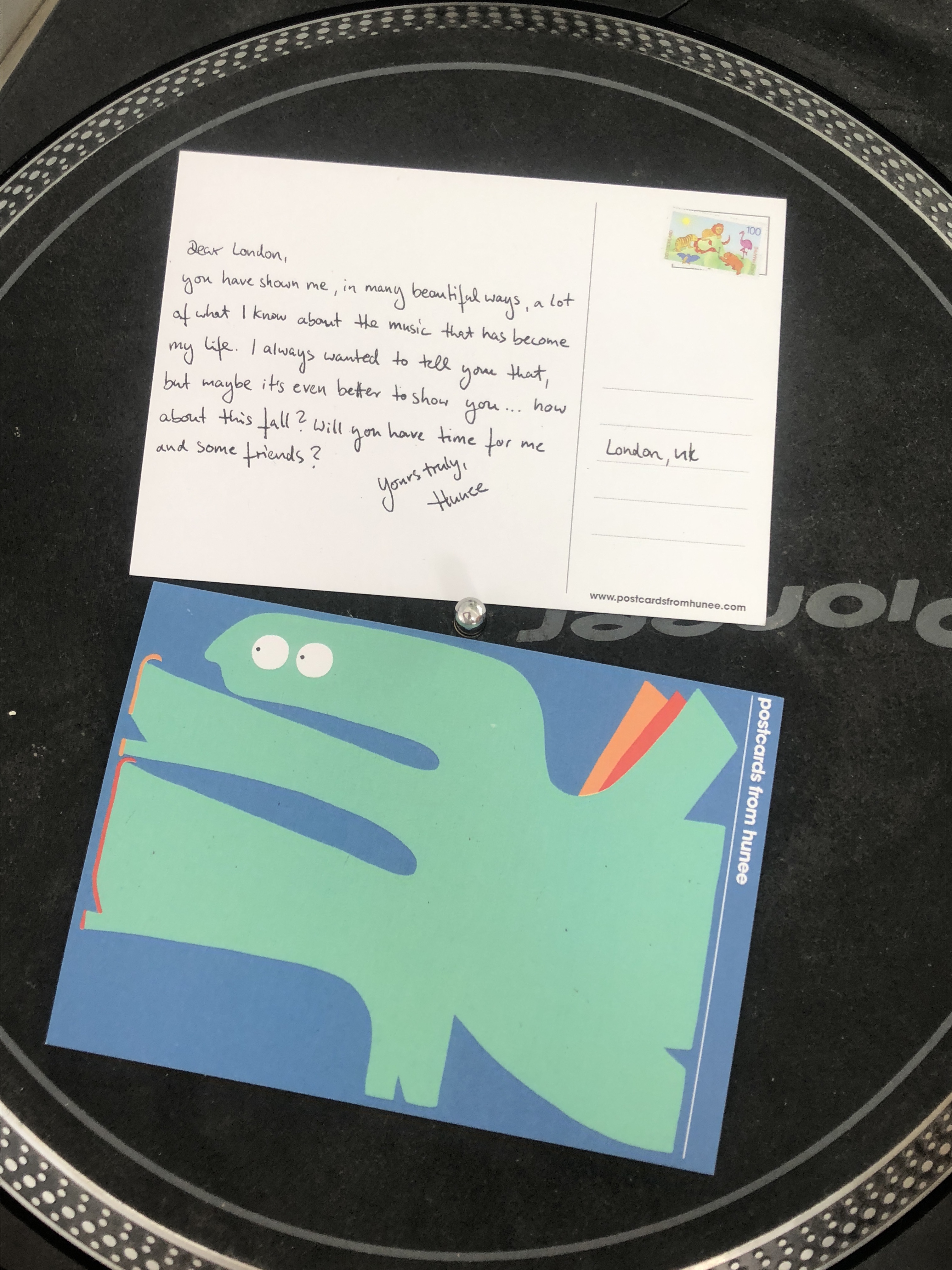 According to a press release, Dalston audiophile venue Brilliant Corners will curate Room 2, and “will be bringing in some of the most searching local and international record collectors to select the music.”

Hunee will play 10 consecutive Fridays from October 12 to December 14. Tickets for all dates are available now. Check out the producer’s killer mix for FACT below.