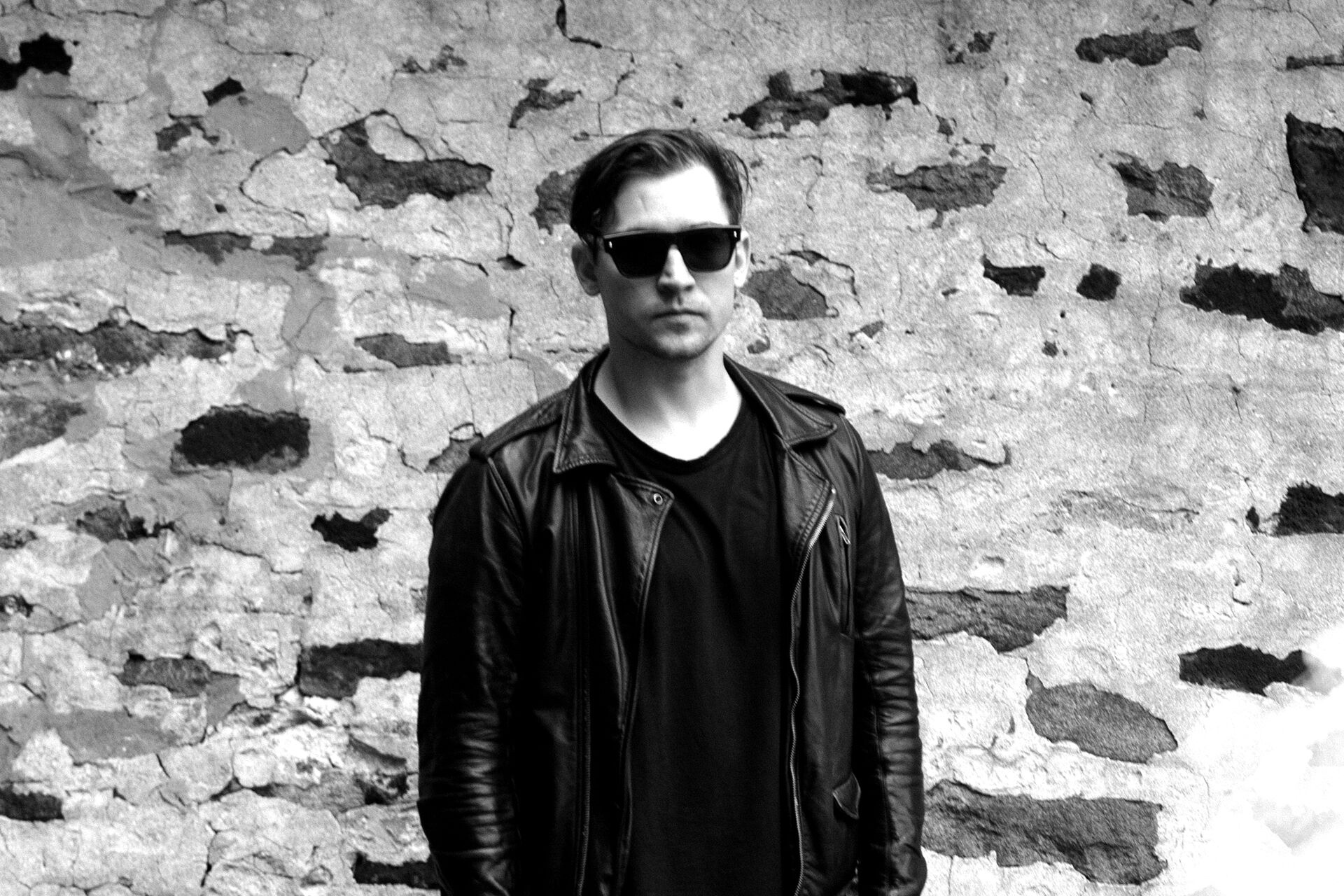 Donors to the cause have a chance to receive limited edition releases from Vatican Shadow, Silent Servant and Rainforest Spiritual Enslavement.

Hospital Productions are teaming up with Diffuser to host a charity showcase for AYOK – an association founded to develop social projects in communities across Mexico-  to raise money for victims of the 2017 Puebla earthquake.

The record label has launched a Kickstarter to help fund the international collaboration, and is offering a variety of rewards for donations received, including limited edition releases from Silent Servant, Rainforest Spiritual Enslavement, Low Jack, as well as a new cassette EP from Vatican Shadow, Opium Crop Airstrikes.

Hospital Records founder Dominick Fernow describes the event mission statement via the Kickstarter: “We want to bring together some of Mexico City, Paris, and New York’s most radical techno and avant-garde live electronics artists in what is arguably the most rapidly emerging metropolis in North America to help rebuild a small part of the rural communities that are ignored by most club culture.”

The fundraising show for victims of the earthquake, presented by Diffuser and Hospital Productions and featuring local and international talents, will take place on November 22 at Versailles 64, during, but independent of, the MUTEK MX festival.

The rewards for donations to the event include exclusive mixes from Lussuria, Low Jack or Rainforest Spiritual Enslavement for a donation of $10, the Opium Crop Airstrikes EP from Vatican Shadow for a donation of $20, as well as a test pressing of the new Silent Servant album Shadows Of Death and Desire, featuring an alternate cover, for a donation of $50.

Notably for Merzbow fans, for a donation of $300 or more you can be a camera person for the filming of the Merzbow ‘noisembryo’ live video at Hospital Fest in NYC on December 8.

For more details visit the Hospital Productions / Earthquake Benefit CDMX Diffuser Kickstarter. Check out the flyer for the event below, as well as the cover art for Vatican Shadow’s Opium Crop Airstrikes EP. 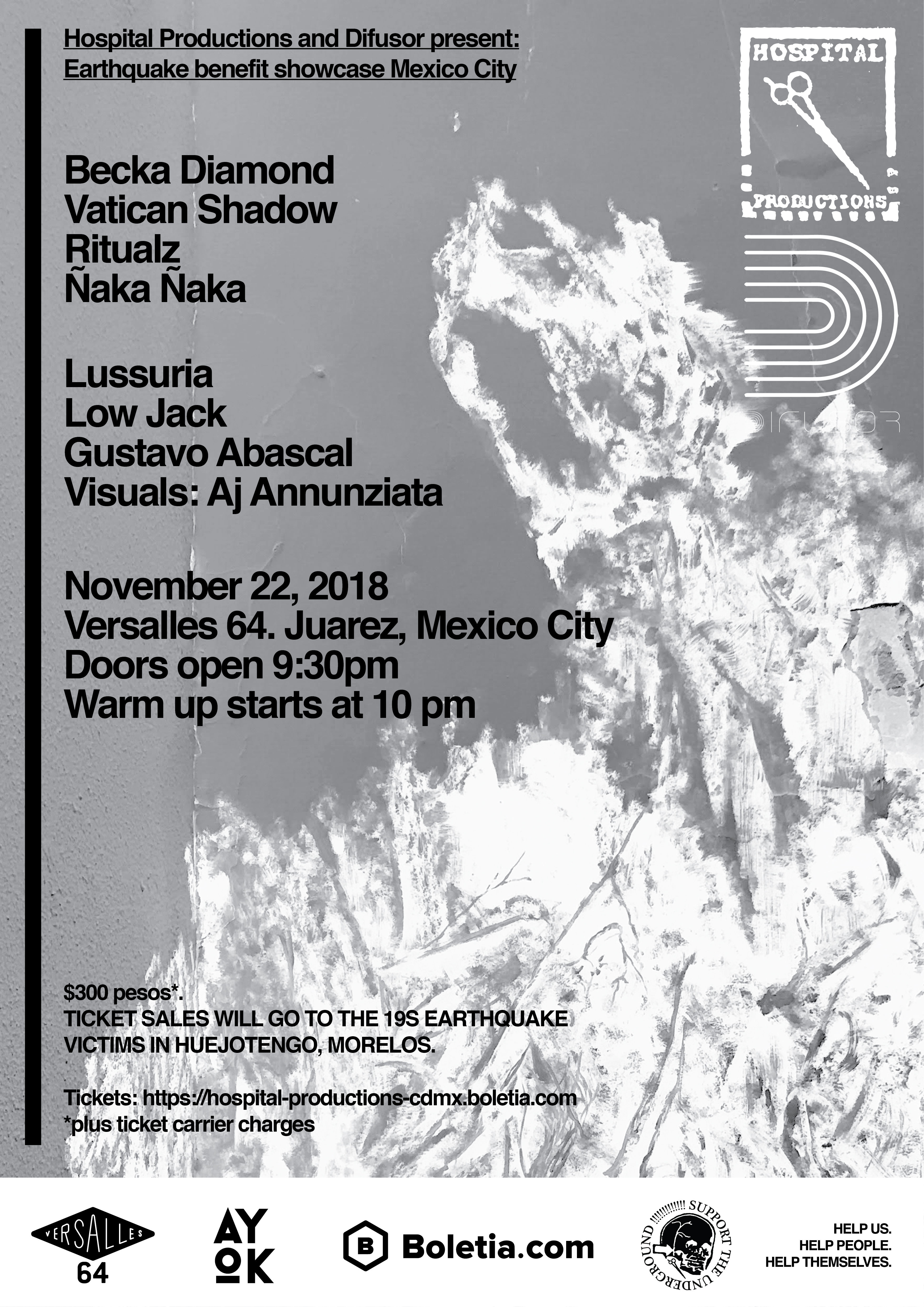 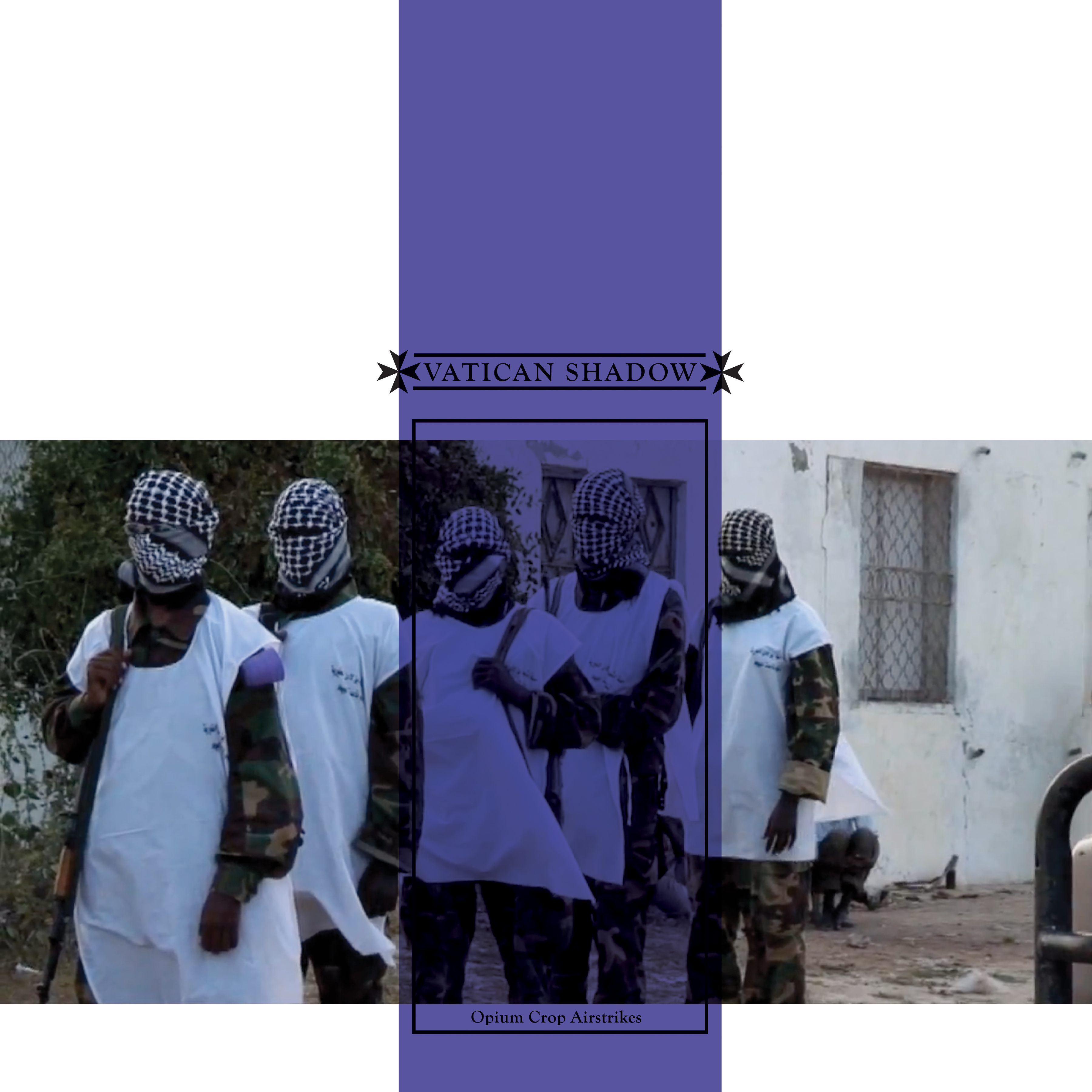 Read next:  Hospital Fest 2018 to include Power Trip (with Prurient), Kelly Moran, Ron Morelli and more