Machine Woman and Deena Abdelwahed are also billed for the festival’s debut edition.

Demdike Stare, Aïsha Devi and Machine Woman are among the latest artists to be added to the lineup for the first Re-Textured Festival in London this March.

FACT will host a live set by Demdike Stare as part of a gig at 180 The Strand on March 28 that also features live performances from Lee Gamble, whose latest album drops on Hyperdub next month, and Puce Mary, who released an LP on PAN last year.

Houndstooth artist Aïsha Devi will appear at the Southbank Centre on March 29 alongside Fatima Al Qadiri, while Machine Woman and Deena Abdelwahed will join Batu, Giant Swan and Simo Cell at Village Underground on the same night. 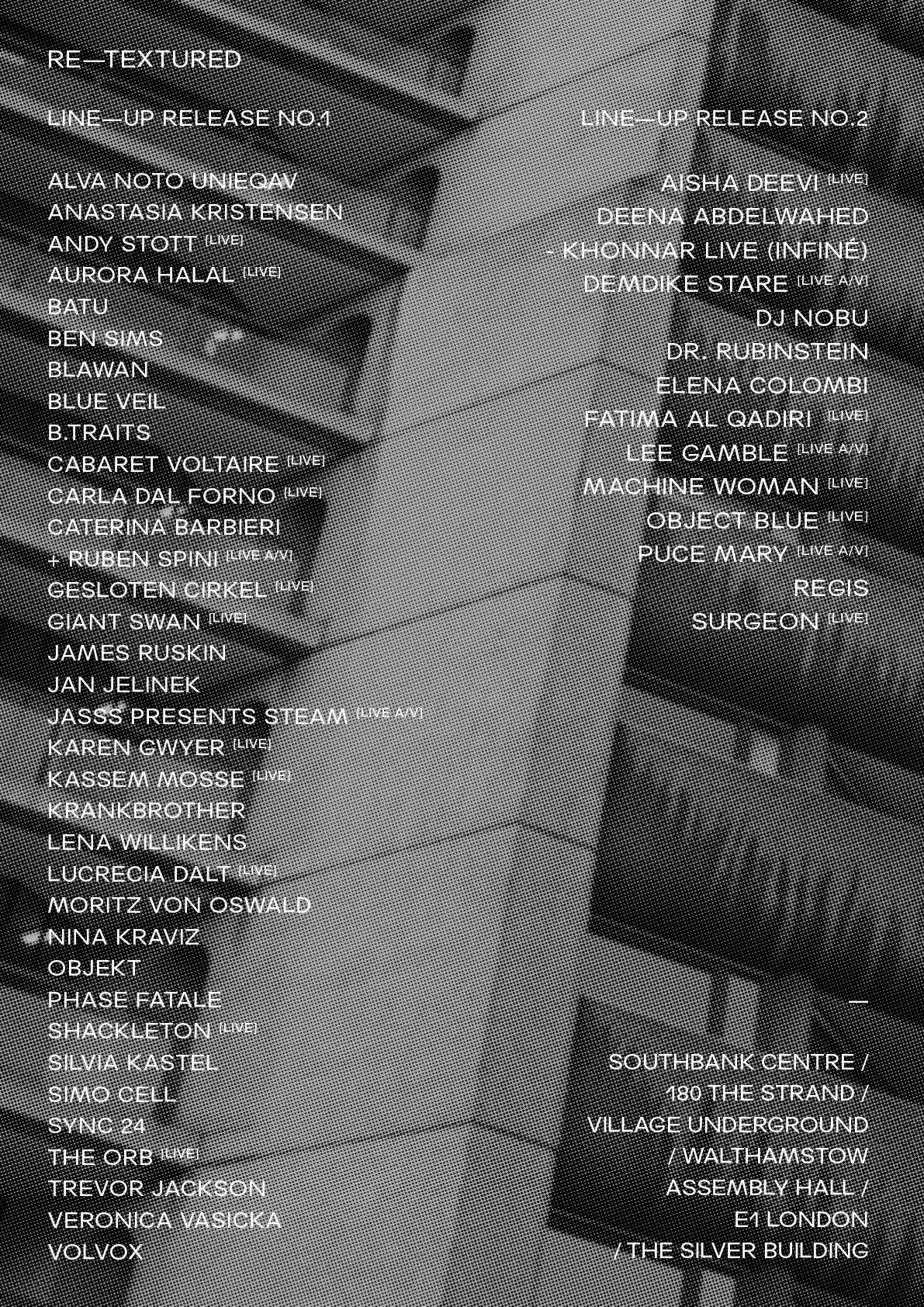 Tickets to individual events at E1 London, Walthamstow Assembly, Southbank Centre, 180 The Strand, Village Underground and The Silver Building are available now at the Re-Textured website. A small number of tickets will be available on the door for every performance.