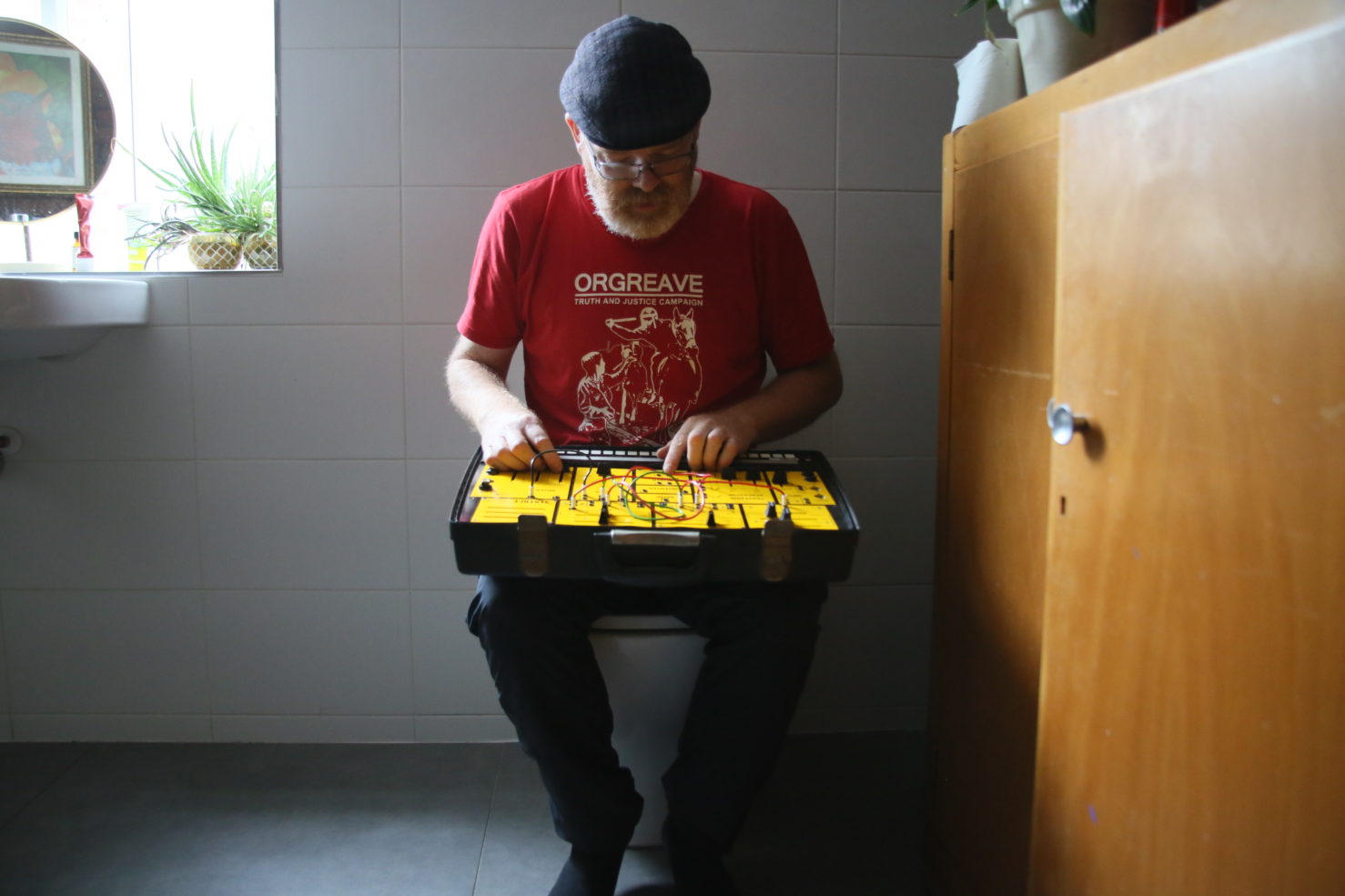 Mark Fell’s first solo exhibition opens this weekend (January 19) in Southend-on-Sea alongside the launch of a new sound commission and app from the Rotherham musician and artist.

‘The Concept of Time is Intrinsically Incoherent’ takes place at the Essex seaside town’s Focal Point Gallery, and explores Fell’s interest “in space, time and materiality” through installations combining sound and visual art.

One piece uses LED lighting to illuminate an installation of gold foil in the gallery’s window, while another takes inspiration from Southend’s Victorian fairground.

“In the main gallery space, a transparent maze encloses a mirrored room lit by multicoloured lights,” the gallery says. “These have been positioned to create an infinite kaleidoscopic loop synced to a Shepard tone – a sonic device used to create the illusion of continuously ascending or descending pitch – in turn disrupting spatial and temporal coherence.”

The exhibition is accompanied by A Stitch Outside Time, an app for iPhone and Android designed to complement the London to Southend-on-Sea c2c train line. The app uses generative music technology to respond to the train’s position so that the music heard on no two journeys are the same.

“I liked the idea of the train journey as a timeless or ‘outside time’ experience where you watch the world go by – and you enter a kind of drift like state,” Fell says. “For me the train line itself was treated as a linear musical score. I decided to list all the place names that the train does not stop at – those places intersected by the line but where trains never (or seldom) rests.”

The app’s composition is built around the tala system used in Indian classical music. It was built together with Rian Treanor (whose debut album lands on Planet Mu in March) and developer Peter Worth. It will be available to download from January 19.

The exhibition itself takes place from January 19 to April 21. Anyone who wants to attend the opening event on January 19 can buy half-price train tickets via c2c Rail – for more details, visit the Focal Point Gallery website.

Read next: Mark Fell on his love of FM synthesis and algorithmic composition