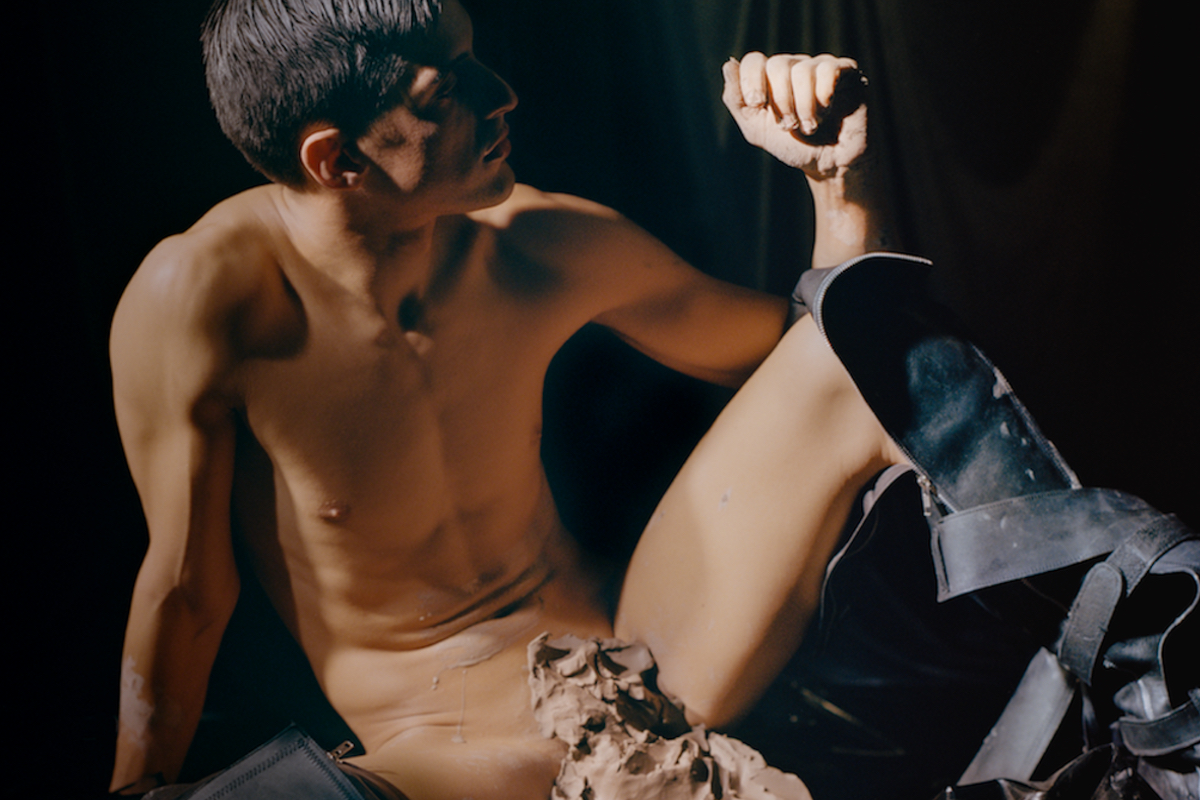 Arca has unveiled an unconventional new instrument during three special performances in Paris.

@arca1000000 and I collaborated on an instrument that took various forms over her three incredible performances at DAU, Paris. It started as a 9’ tall Theremin and ultimately transformed into a skin activated feedback dance pole seen here in the final performance.

The instrument was a collaboration with Landscape FM, a custom instrument and synth company and the creator of the Stereo Field and the HC-TT (Human Controlled Tape Transport).

The performance signalled the arrival of the Red Triangle, a sculpture inspired by the Russian avant-garde of the early 20th century, in Paris. During the performance Arca wore the Million Dollar Crystal Swarovski Eyelet Briefs from the fall 2019 collection by French designer Ludovic de Saint Sernin and was accompanied on stage by performance artist and model Innitbabes. Check out clips from the performance below.

Read next: Moog House of Electronicus 2019 in photos