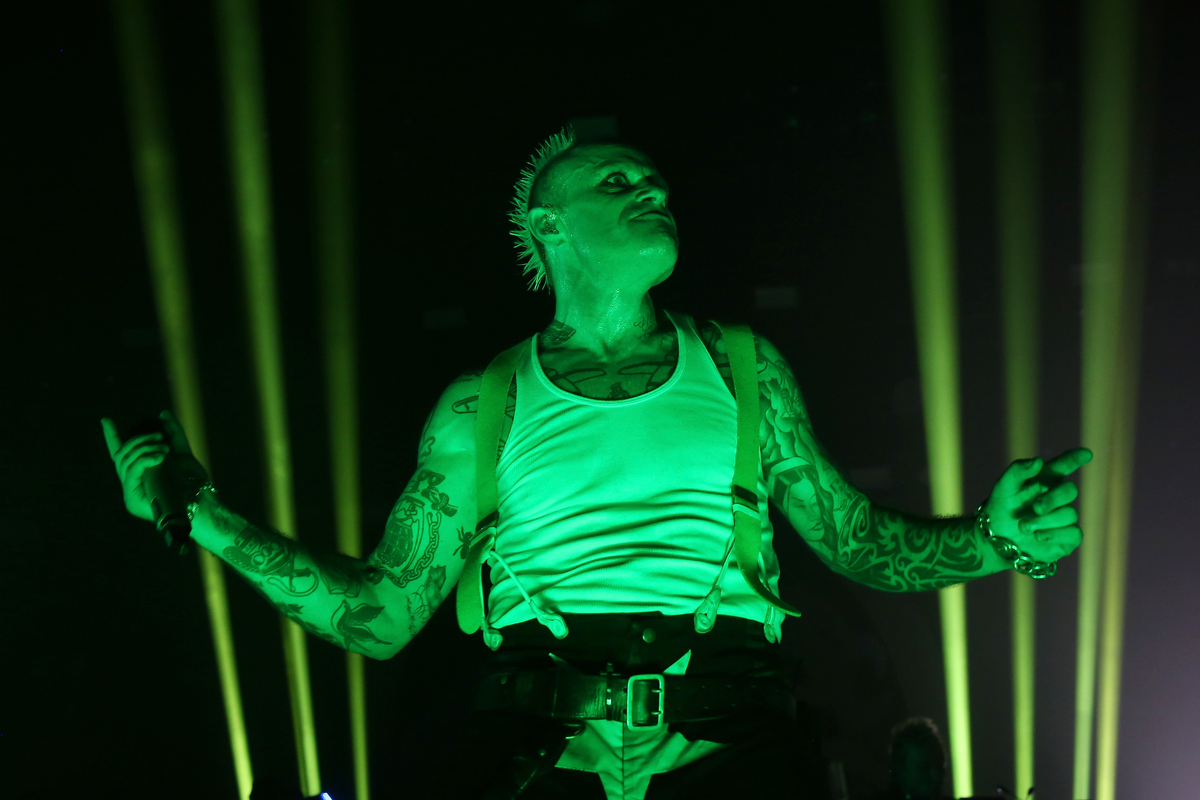 The iconic raver, dancer and vocalist was confirmed to have died this morning.

See below for just some of the tributes to the rave icon.

The news is true , I can’t believe I’m saying this but our brother Keith took his own life over the weekend , I’m shell shocked , fuckin angry , confused and heart broken ….. r.i.p brother Liam #theprodigy

devastated keith flint is gone. not just a great performer.
he had total integrity & an incredible sense of humour.
one of the sweetest people I’ve ever worked with.
what a beautiful energy. what a gentleman. privileged to have known him. miss u keith

Oh this is sad news. The death of Keith Flint. Whenever our paths crossed he was an absolute sweetheart. Really lovely. Incredible iconic frontman with a soft centre. #RIPKeithFlint

Oh gosh, so sad to hear about Keith Flint, he was always great fun to be around and very kind to Tom and I when we first started doing shows together..great man.

RIP Keith Flint. I damn near burned a hole through The Prodigy Experience in 92 when there wasn’t a lot of accessible dance music in Kentucky. It was a huge deal for me. I can’t overstate it. I’m very grateful to have had proof that this world I wanted so badly actually existed.

Keith Flint kept a swearbox above the fire in the pub he used to own (The Leather Bottle in Pleshey, Essex). Whenever he put the logs and kindling in and someone piped up with the obvious joke, he’d point to it and charge them a quid. RIP. pic.twitter.com/lEYZPXfrFj

RIP Keith Flint- the prodigy remains one of my biggest influences and life changing bands- I said on many interviews how I used to blast “breath” in my bedroom age 11 worried what my parents might think of me pic.twitter.com/KOI1AgHG6c

seeing keith flint in the firestarter video when I was 10 years old was the single moment that turned me on to a lifetime of raving. thank you and rest in peace.

Kind of where it all started for me and many others

Can remember having this stuck on my school book as a kid. RIP Keith Flint pic.twitter.com/B4oAEMZFeJ

My debut crowd surf was at The Prodigy… & I just found this video of the show. Probably explains a few things https://t.co/e6dzIEbI5u RIP Keith Flint

very sad to hear about Keith Flint.. the Prodigy was some of the first music I ever got obsessed with as a teenager. RIP x

RIP Keith Flint, you were such an exciting, inspiration to a whole generation.

Im not really sure what to say. I’m shocked and so sad. You were gifted, charming and charismatic. So kind and welcoming whenever we spent time. I’ll never forget the incredible moments I got to spend with you and the boys. I’m sending you all love and respect. Keith Flint RIP.

Just woke up and read about Keith Flint. That is tragic, terrible news. What a loss to the world.

i’m banned from every HMV in the country for life coz i was caught trying to steal a Prodigy CD when I was 16, (i’ve now learnt from my mistakes and jus download illegally instead), as like most ppl, the Prodigy were such an integral influence growing up. RIP Keith

He did what all music stars are meant to do; he frightened your mums and dads. RIP Keith Flint ♥️♥️ pic.twitter.com/nM7pEj7a3X

The Prodigy acted as a bridge for many ppl, from pop to electronic music, rock to dance, festivals to raves. They blurred boundaries. That shit is more important than albums, anthems or arbitrary scores. Rest in power Keith.

Los Angeles, I just woke up and heard the terrible news of Keith Flint. Rest In Peace. One of the greatest frontman of all time. @the_prodigy pic.twitter.com/sKCGo0isY0

Keith Flint was a major part of helping The Prodigy stand out from thier peers, electronic or otherwise. ‘Firestarter’ is a record as important as any in my lifetime: the fact that such a fucked up track could be so big gives us all hope.

Here is Keith Flint talking to @loppylugsOG about his entry into the rave scene of the late 1980s and early 1990s ❤️https://t.co/TXDRinD8gn pic.twitter.com/HaYJbvs6fe