Somerset’s biggest festival is back.

The Cure, Kylie Minogue and Janet Jackson have been confirmed as the headliners for the 2019 edition of Glastonbury Festival.

This marks The Cure’s fourth time headlining the festival, following headline performances in 1986, 1990 and 1995. They will be joined by The Chemical Brothers, Vampire Weekend, Lauryn Hill, Janelle Monae, Wu-Tang Clan and many more. Check out the poster below. 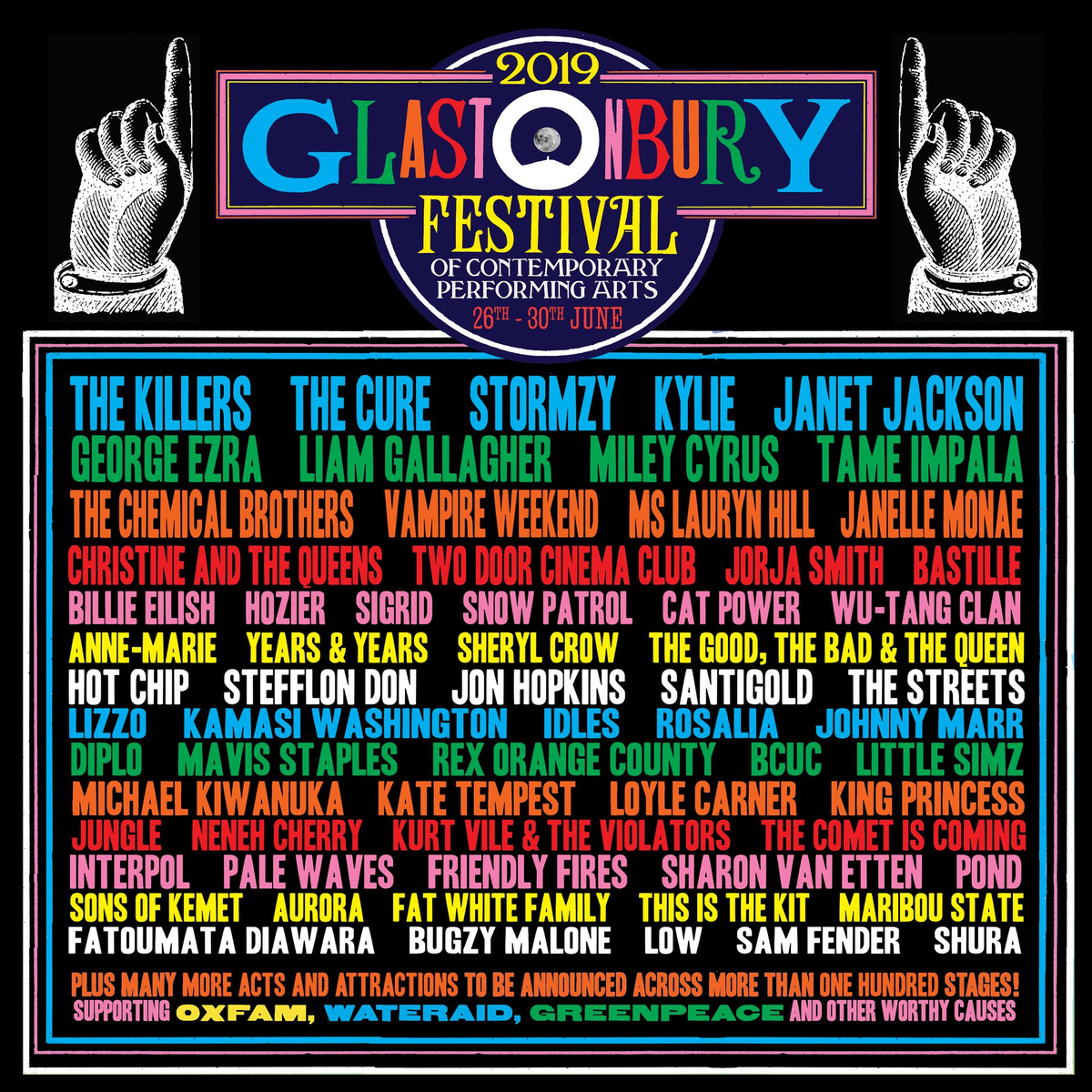 Additional highlights include FACT favorites Rosalia, Little Simz, Neneh Cherry, Stefflon Don and Low. Earlier this month festival organiser Emily Eavis revealed that The Prodigy were booked for 2019, but following the death of Keith Flint the group have since cancelled their live dates.

Eavis has also announced that plastic bottles will not be available at Glastonbury 2019, in an effort to reduce the festival’s environmental impact.

Tickets for Glastonbury Festival 2019 sold out in half an hour. For more details, head over to its website.