Over 100 DJs and live acts across six stages. 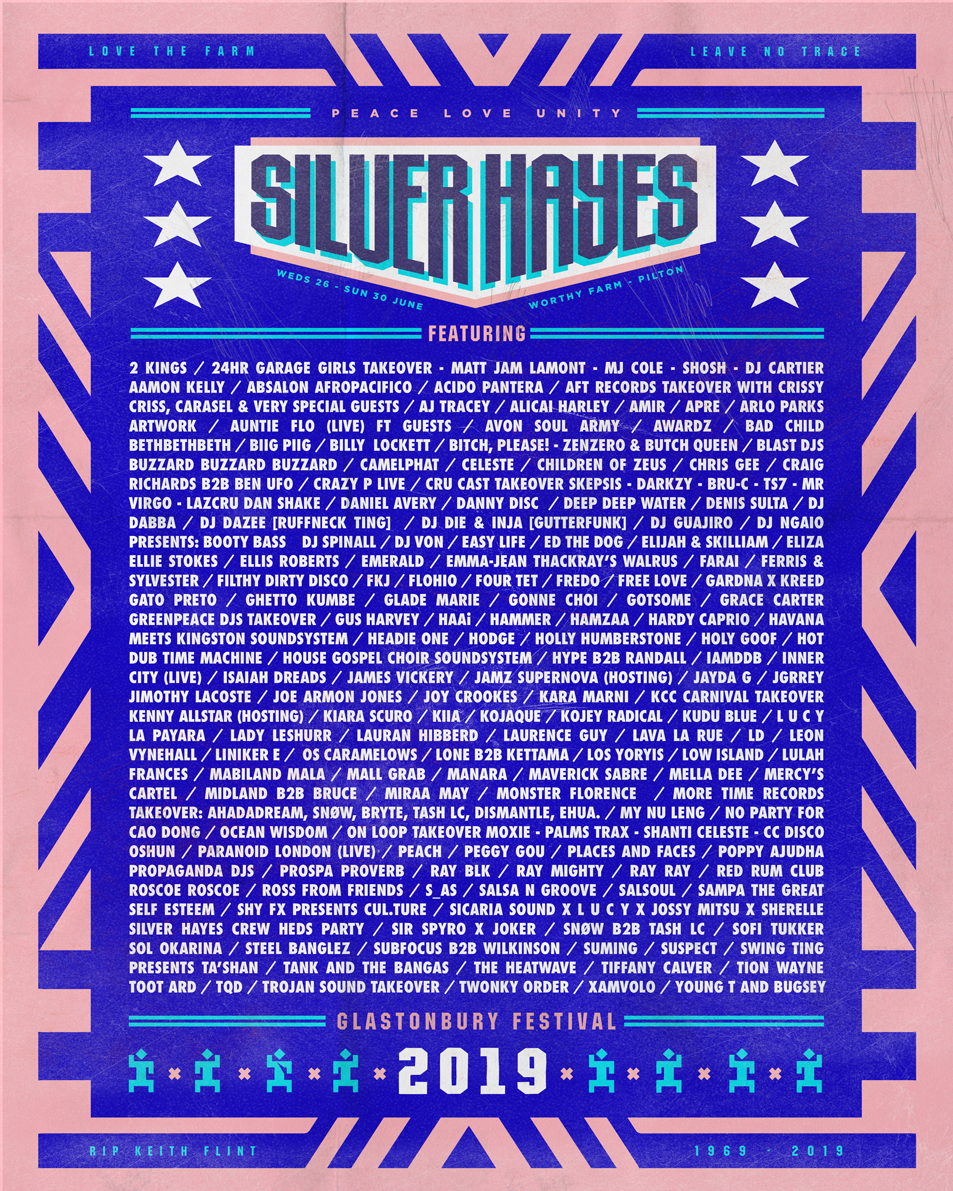 Additional highlights include FACT favorites Rosalia, Little Simz, Neneh Cherry, Stefflon Don and Low. Michael Eavis this year announced that plastic bottles will not be available at this year’s festival 2019, in an effort to reduce its environmental impact.

Tickets for Glastonbury Festival 2019 sold out in half an hour, but a resale for ticket and coach packages will take place at 6pm BST on April 25 – for more information, check the Glastonbury website.

Read next: Glastonbury’s queer and female safe spaces are keeping its history of radicalism alive