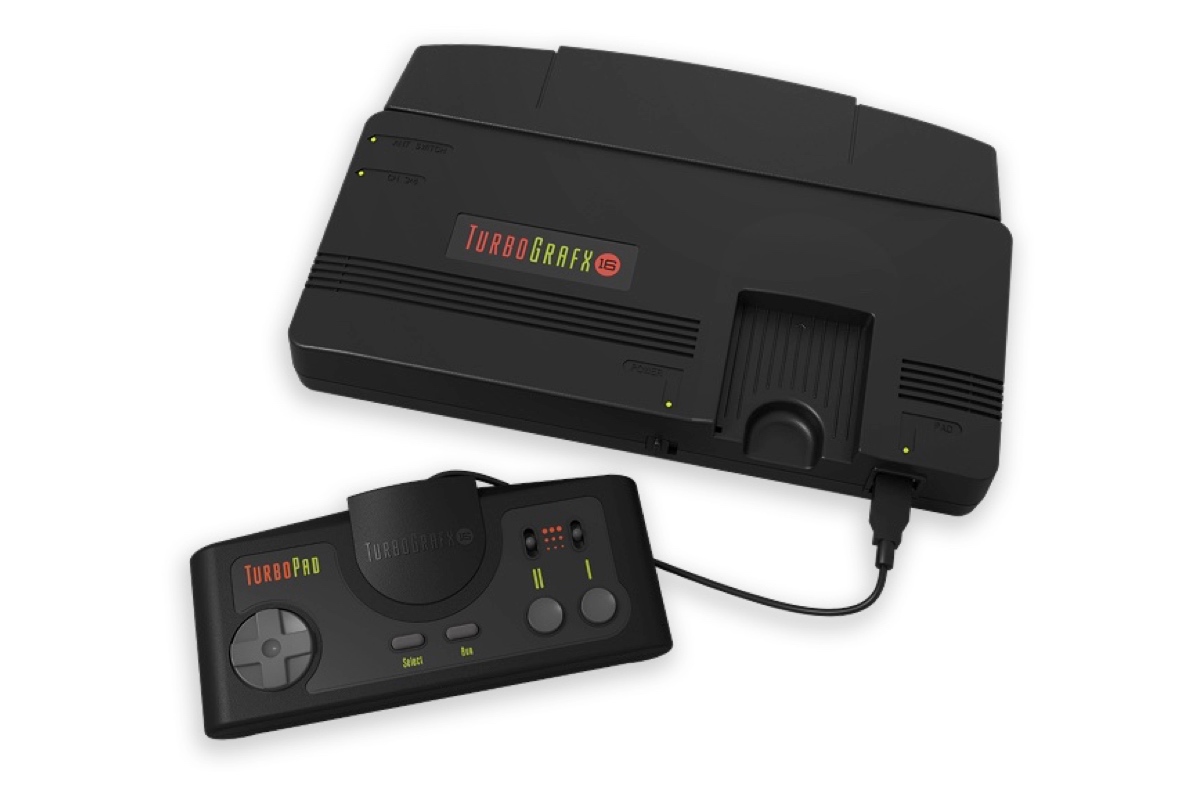 Kanye’s favorite console is back from the dead.

NEC’s TurboGrafx-16 – the classic 16-bit video game console also known as the PC Engine – is getting a retro miniature remake thanks to Konami.

Konami’s mini version of the console, released in Japan in 1987, comes loaded with a selection of classic games, six of which have been announced so far: R-Type, New Adventure Island, Ninja Spirit, Ys Book I & II, Dungeon Explorer and Alien Crush. No release date has been announced as yet.

NEC’s TurboGrafx-16 was a competitor to the Nintendo’s NES and SNES consoles in the ’80s and ’90s, as well as the Sega Genesis. It was most successful in Japan where it was known as the PC Engine, and released only in limited quantities in Europe after it flopped in the US.

To reflect the multiple versions of the console out in the wild, US markets will get the TurboGrafx-16 Mini, with Japan and Europe getting their own regional variations: the PC Engine Mini and PC Engine CoreGrafx Mini. Japan’s version has a different game lineup, including Castlvania: Rondo of Blood, China Warrior and Bonk’s Adventure.

Back in 2016, Kanye West said that he was working on an album named after the TurboGrafx-16, which, like so many of the projects Kanye West announces, is yet to see the light of day.