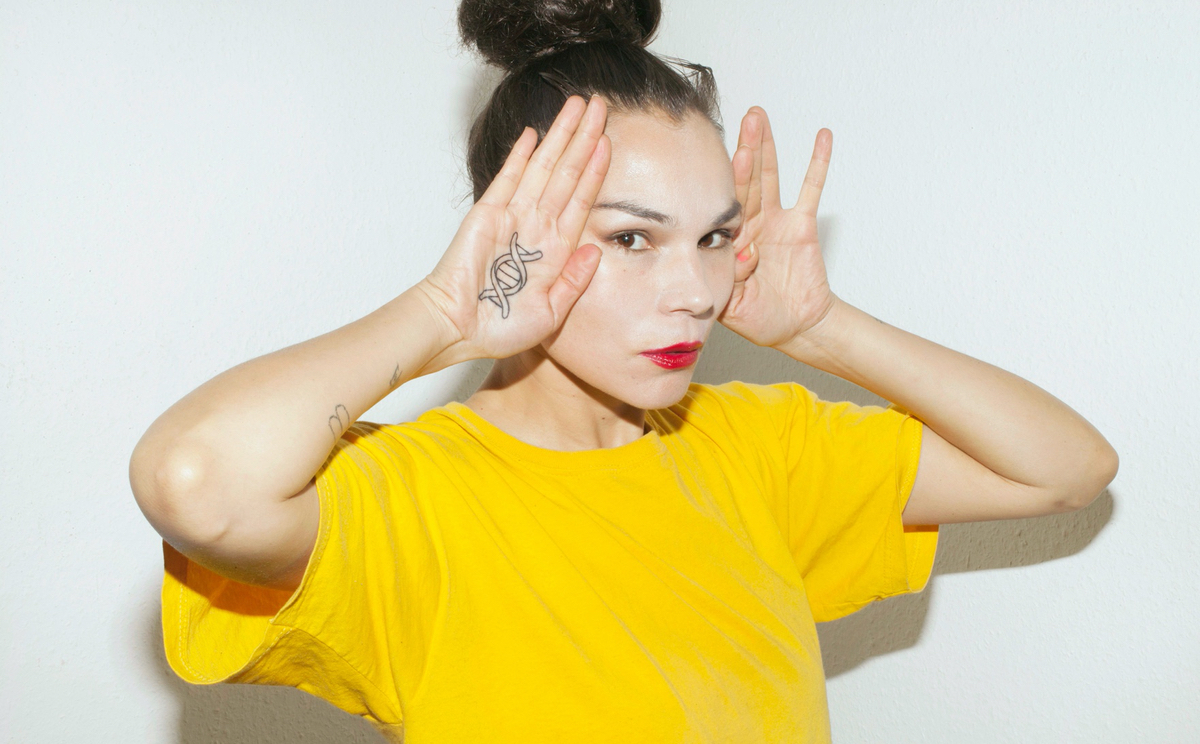 A “vibey avant-dancehall” re-work of a standout track from Devi’s recent S.L.F EP.

Equiknoxx mainstays Gavsborg and Shanique Marie rearrange Aïsha Devi’s ‘The Favor Of Fire’ into a wonky, “avant-dancehall” anthem on their contribution to S.L.F. Versions, a collection remixes of tracks from Devi’s recent S.L.F EP.

“Was an honor when we got word about a remix enquiry as Equiknoxx crew been a fan of Aisha Devi ever since we got introduced to her sound in 2017 at Chapel of St. Barbara, Czech Republic”, explains Gavsborg. “I spent one afternoon fusing some sounds together after which Shanique Marie came in and said it sounded mad then we both added our vocals to it.”

The Equiknoxx remix of ‘The Favor Of Fire’ sits alongside contributions from Varg, 33EMYBW and Gabber Modus Operandi. S.L.F. Versions arrives on November 15 via Houndstooth and is available to pre-order now.