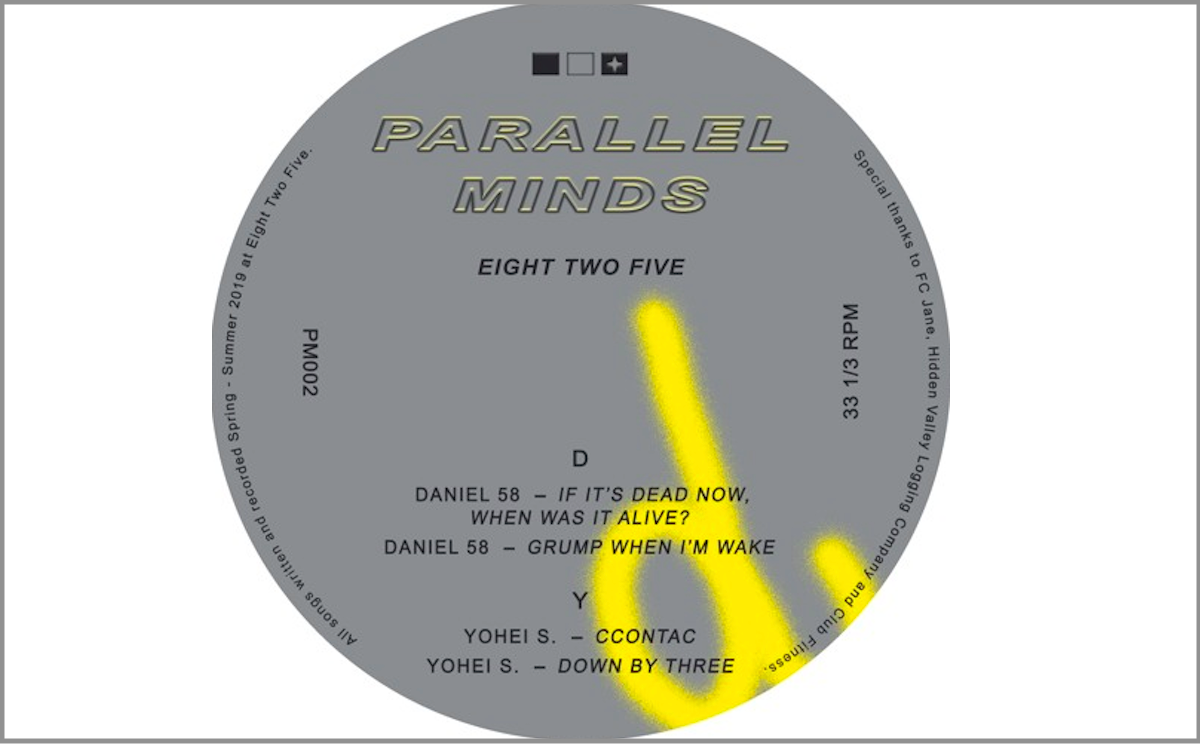 Listen to some snippets below.

Toronto’s Daniel 58 and Yohei S have announced a new split EP via their own Parallel Minds, the label they launched with Ciel in early 2019.

Eight Two Five presents a pair of tracks from each producer that overall presents what they characterize as a deft blend of “broken dub beats, grime textures and hypnotic 4/4 grooves.”

The 12″ is available for pre-order now via Rudadub with a release date set for late January or early February. See the tracklist below and revisit Ciel’s FACT mix below.