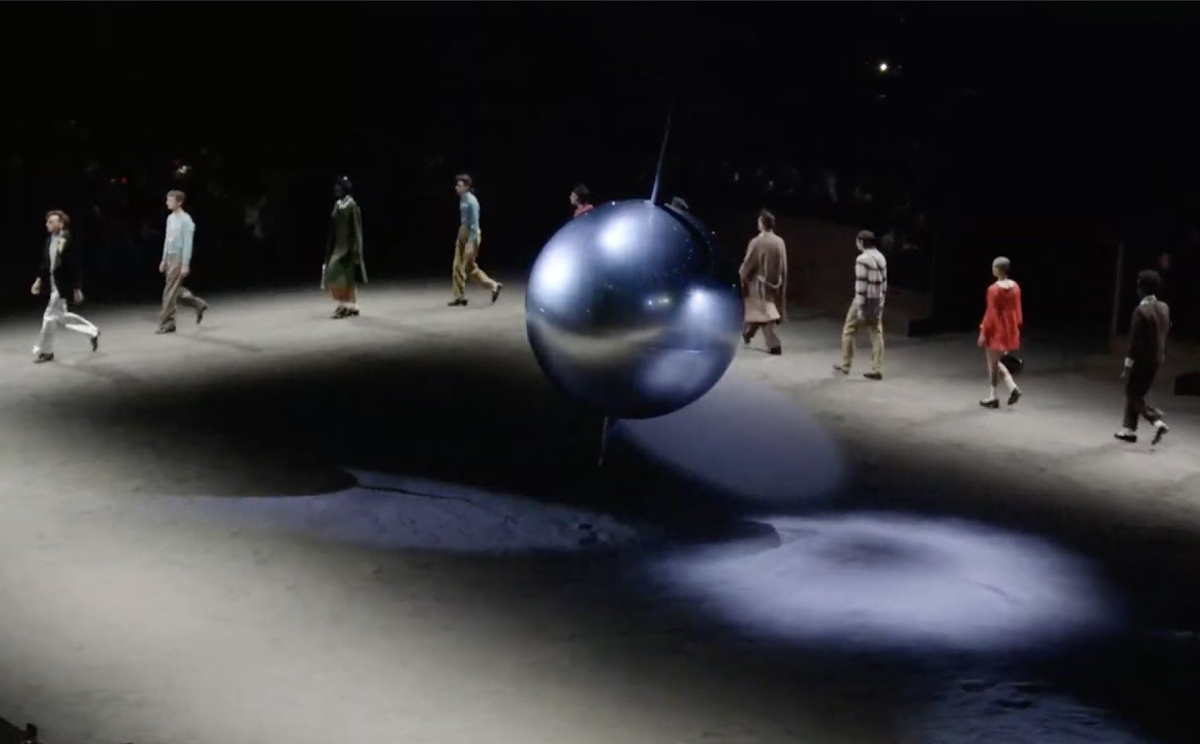 Various tracks from the Italian composer were used alongside Marilyn Manson’s cover of ‘Sweet Dreams (Are Made Of This)’.

Set against a backdrop of a colossal, swinging pendulum, Caterina Barbieri’s tracks ‘Fantas’ and ‘Pneuma’ were used alongside Coil’s ‘Ostia’, Claudio Simonetti’s Phenomena OST and Marilyn Manson’s iconic cover of ‘Sweet Dreams (Are Made Of This)’.

The presentation marked Gucci designer Alessandro Michele’s first Menswear show in nearly four years and is intended as a statement against toxic masculinity. As the designer says in an Instagram post, the collection centers around “nourishing a space of possibility where masculine can shake its toxicity off.”