Korn continue to “go dubstep” on Live at the Hollywood Palladium: Skrillex features 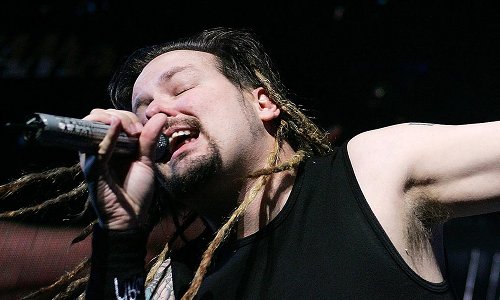 On several occasions now, Korn frontman Jonathan Davis has put forward the argument that dubstep is “the new metal”.

And obviously, in the Americanised form of dubstep popularised by Skrillex et al, he’s got a point: it’s theatrical riff music designed for moshing. Whatever the genre’s origins, its current state can’t be denied, and Davis even records his own (bad) dubstep-cum-electro-house under the name J Devil. Now, on Korn’s new live album Live at the Hollywood Palladium, the group are ready to go more dubstep than ever.

Billed as a “concert that will write music history”, the gig finds Korn performing songs from their new album The Path of Totality in collaboration with leading lights of the EDM / dubstep / whatever sect such as Skrillex, Excision, Datsik, Downlink, 12th Planet and Kill the Noise – several of whom produced on the original record. But don’t worry, classic Korn fans, there’s still room for vintage cuts like ‘Freak on a Leash’, as well as a cover of Pink Floyd’s ‘Another Brick in the Wall’.

Who’d have thought that some white guys with braids and dreadlocks would fall for dubstep this hard, eh?