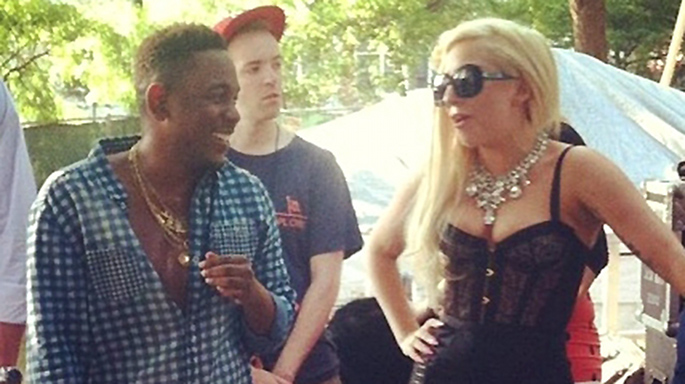 For all its brilliance, there were a few conspicuous absences on Kendrick Lamar’s good kid, m.A.A.d city.

The principal omission, of course, was astonishing pre-release track ‘Cartoon And Cereal’ – still Lamar’s most impressive statement to date. A few folks would also have lobbied for ‘The Recipe’, ghettoised to the bonus track pool on the deluxe edition. The gap that attracted the most public comment, however, was the album’s big Lady Gaga-shaped lacuna.

When Lamar started previewing the album for press back in September, he described ‘Bitch, Don’t Kill My Vibe’ as his “Lady Gaga record”. Photos of the pair working together did the rounds, and neither was shy to discuss their mutual admiration. When the album dropped, though, Ms. Germanotta was nowhere to be seen. As Complex report, Gaga apparently failed to submit her vocals for the track in time.

The singer has now uploaded a version of the track to Twitter, featuring her voice in full effect. Click below to watch the Gaga edit (which, we have to say, somewhat dampens the languid charm of the original).