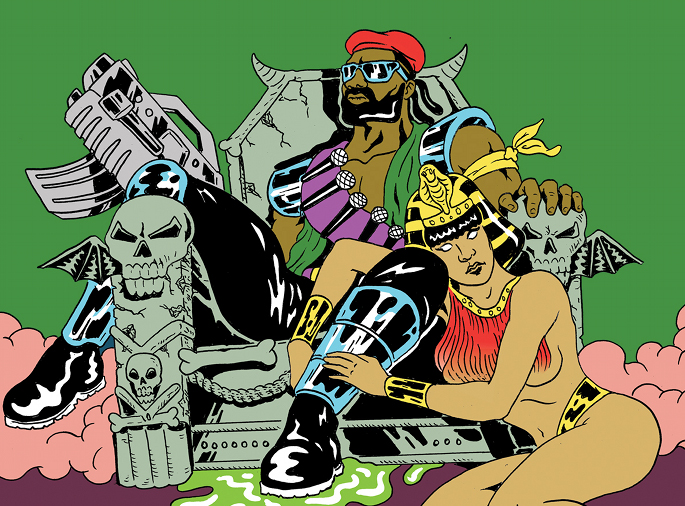 Like some globetrotting musical Dr. Barnardo, Diplo seems to spend the bulk of his time these days playing patron to scores of up-and-coming waifs and strays.

His Jeffree’s sub-label has been churning out free releases by rising artists Baauer and Flosstradamus at a furious lick, and his new Blow Your Head zine is designed to draw attention to esoteric music scenes across the globe. His endeavours are now set to continue with a new mixtape project, the Major Lazer Presents… series.

As Mixmag report, ‘Major Lazer Presents: Chronixx & Walshy Fire – Start a Fyah Mixtape’ will be the first in a succession of artist-focused mixtapes. The tape drags two lesser-known musicians into the limelight, Jamaican vocalist Chronixx  and producer Walshy Fire. The former is the son of vintage dancehall singer Chronicle, and specialises in sweet lightweight dancehall; the latter is based out of Florida, and will take a curatorial role over the course of the Major Lazer Presents’ series.

The hour-long mix is available to peep below, and offers a dreamy collection of contemporary Jamaican pop. Major Lazer recently appeared at the mammoth Red Bull Culture Clash, where they showed an alarmingly flexible attitude to the rules. The next Major Lazer LP, Free The Universe, is due next year, and will feature guest spots from Dirty Projectors’ Amber Coffman, Vampire Weekend’s Ezra Koenig and Shaggy.