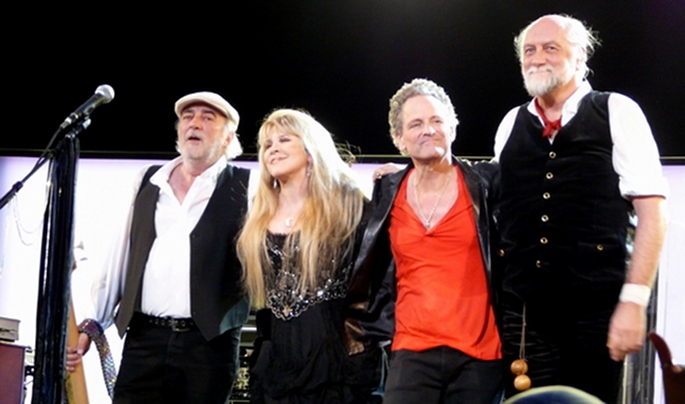 The Mac are back.

Speaking to The Huffington Post, Nicks revealed that the vintage band are heading off on a 34 date tour of the States in 2013. As previously reported, the jaunt will be their first tour in three years. Nicks reveals that the rest of the band had wanted to tour last year, but her solo commitments had prevented them from doing so (although she suggests that all bands worth their salt should leave three year gaps between tours).

Nicks also gave some interesting and unexpected commentary on the contemporary pop landscape. The article makes for an entertaining read, but the take-home points are as follows: ‘Call Me Maybe’ is a gold-plated corker; Rihanna should have fronted “a really great rock-n-roll band”; Destiny’s Child probably shouldn’t have broken up; and Kanye – to whom Nicks wrote a three-page letter, subsequently unsent, on the occasion of his mother’s death – is a good egg.