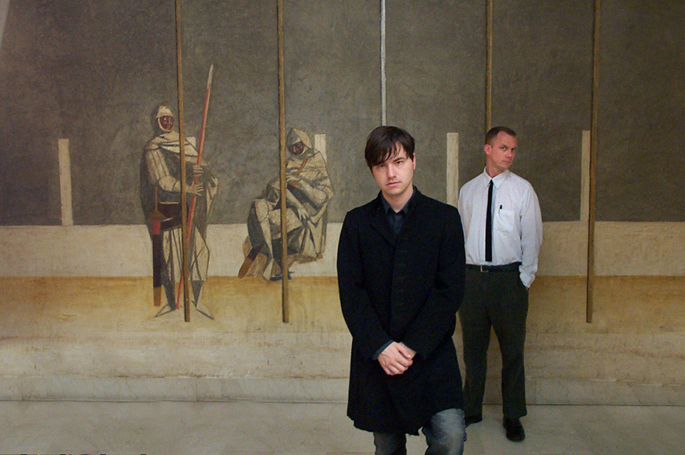 The experimental electronic duo plans a tour in support of their forthcoming album.

Drew Daniel and M.C. Schmidt announced The Marriage Of Two Minds when they signed to Thrill Jockey last year. Out on February 22, the album revoles around an interesting experiment: the pair played white noise embedded with “the concept of the new Matmos record” to a host of volunteers, then used their reactions as compositional starting points for the record.

After a performance at Berlin’s CTM Festival, the pair will criss-cross the US and Canada before heading to Europe. The tour ends with an appearance at Sonar Sao Paulo. The video for ‘Very Large Green Triangles’ is below; the full slate of dates follows.