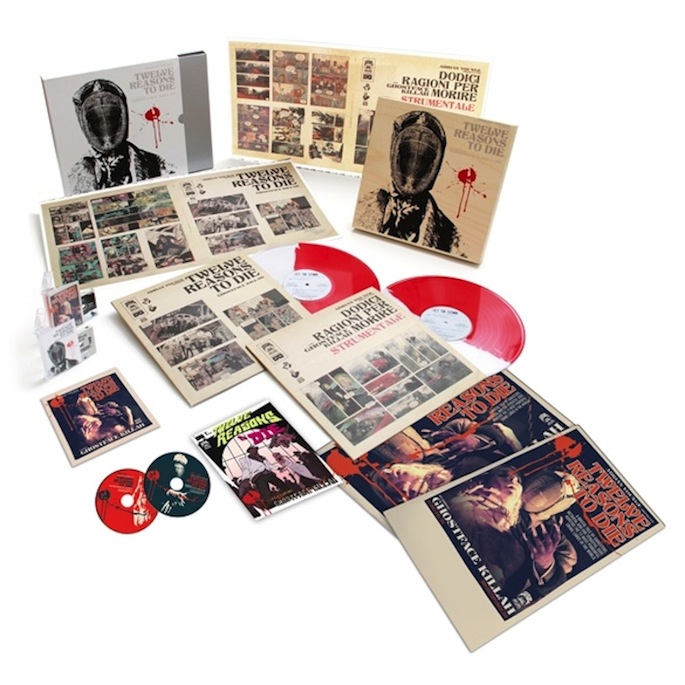 The kings of the deluxe hip-hop reissue tackle a forthcoming release.

12 Reasons To Die will see Ghostface collaborate with Wax Poetics producer and composer Adrian Younge, best known for scoring blaxploitation send-off Black Dynamite, and the album has been described as a combination of Morricone, Portishead, and vintage Wu; color us intrigued. Aside from the digital release on April 16, hip-hop reissue imprint Get On Down will be offering two different special editions for the discerning Wu fan.

The “12 DeLucas Private Press Version” is limited to 100 copies and includes: the album (with vocals and instrumentals) on blood red and clear mixed double-vinyl, LP jackets with exclusive comic book art, the Japanese version of the album on 2 CDs, the 12 Reasons to Die Vol. 1 comic book, an exclusive cassette version of the album, a cassette-only remix album by Apollo Brown, a poster, a wood-block print, and additional artwork. This one retails at $139.98.

For less obsessive completists, the “12 Delucas Version” is only limited to 400 copies and goes for $59.98, omitting the cassette album and some of the exclusive artwork of the Private Press version. Pre-orders for both will begin shipping on April 30.

Get On Down released a boxset edition of Ghost’s seminal album Ironman earlier this year, and their tribute to the TR-909 is particularly intriguing.

Tags: Get On DownGhostface Killah