TV on the Radio working on new material 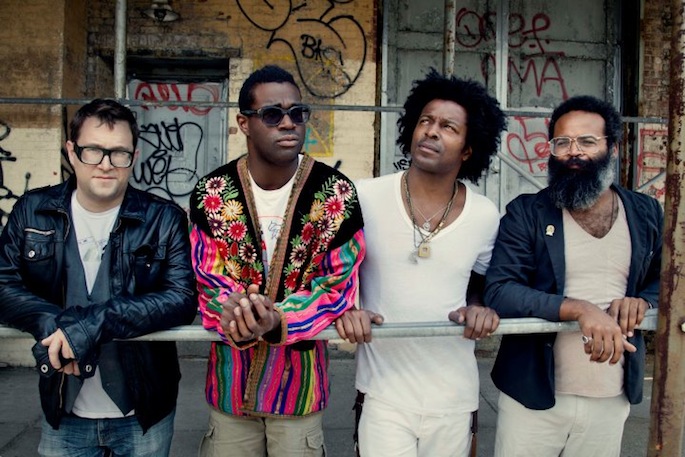 In an interview with SPIN, Adebimpe says that TV on the Radio has finished a few songs, the band’s first new material since 2011’s Nine Types of Light.

“Yeah, Kyp [Malone] and I went to [Dave Sitek’s] place and studio in L.A. the last week of March and we finished a couple of songs. I’m not sure what’s gonna be out when, but there’s new stuff coming,” he said. “We’re sort of collecting material for a record, but right now we’re only thinking in terms of songs, smaller things we can put out regularly until an album seems possible. Which I love.”

“It’s not that you’re less precious about the process, but I like coming in and saying, “Let’s make a couple songs,” not feeling any sort of pressure to lock ourselves in a room. [Laughs] I don’t think anyone has the space to do that ever again.”

The material was initially teased when Sitek detailed the release schedule for his Federal Prism imprint, and Adebimpe confirmed that the band is no longer with long-time label Interscope. “Ehhhh…we parted ways with them. To the best of my knowledge, they can ask about another record, but I don’t think we’re gonna do that. Um, yeah they did what they did. [Laughs] That’s as diplomatic as I can put that.”

The band is yet to address the issue of a full-time bassist to replace Gerard Smith, who died in 2011 at the age of 36. In lighter news, TV on the Radio is curating All Tomorrow’s Parties in May, featuring De La Soul, Death Grips, Shabazz Palaces, Mykki Blanco, and more.

Tags: TV on the Radio