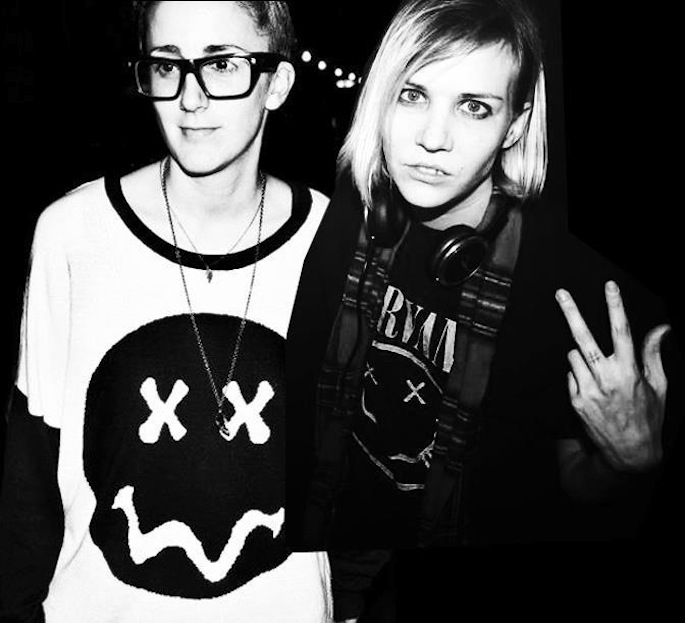 The duo of DJ/producers Lauren Flax and Lauren Dillard emerged in 2010 with an aesthetic and hazy sonics that found them grouped with the then-burgeoning witch house genre (which they regrettably satired by tagging themselves with “rape gaze”), but their R&B and hip-hop influences led to more fluid, seductive productions than the work of their contemporaries.

They released goth-tinged singles like the Romy Madley Croft-featuring ‘Days’ and the Nina Sky-featuring ‘You’, but have been mostly quiet since then, apart from a handful of remixes.

On August 13, the duo will finally release their debut LP, echoes. Along with the pair’s previously released singles, the album features appearances by Tricky, Miike Snow’s Andrew Wyatt, and Sia, among others. Stream ‘Introduction’, which features Planningtorock, over at Spin. The full tracklist follows; interested parties can revisit CREEP’s 2011 FACT mix below.