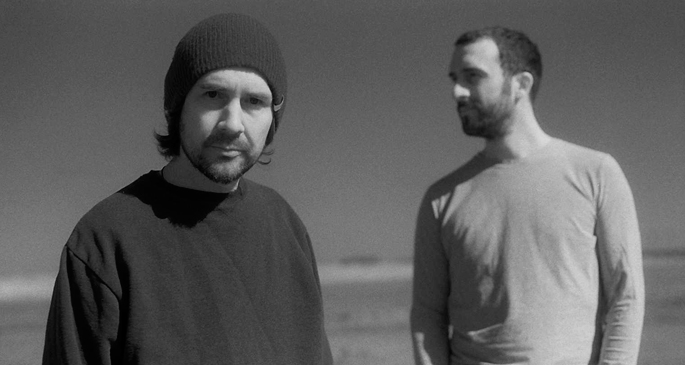 The reclusive duo gave a rare interview with the New York Times to mark the release this week of their new album.

In an email exchange, the Boards of Canada brothers Mike Sandison and Marcus Eoin gave a tantalising insight into their creative process, explaining how they often sample themselves playing real instruments and then “destroy” the sounds:

So we’ll maybe spend days just playing various things, wind instruments, strings, guitars, bass, synths, for hours into the samplers and then feeding those sounds through stacks of destructive hardware and resampling them to make unrecognisable new sounds. This is all before we even begin writing any tunes.

The track ‘New Seeds’, Sandison explains, has a core of live percussion and bass, then for subsequents takes they recorded themselves jamming on the self-sampled sounds to get a “really slack, krautrock-y backbone:

With that track we went back over it a few times overdubbing more hand-played parts, which gives it a really nice untidy energy. There’s a point where the melody blossoms into something new, like a clearing in the clouds, and the timing of that moment just happened naturally while we were jamming it down.

The brothers also revealed that the lengthy gap between Tomorrow’s Harvest and their previous record, 2005’s The Campfire Headphase, was partly due to the time they’d spent collating and cataloguing all their early recordings.

[It was] just for ourselves really, to know that we could tidy it all up and hand it on to our kids someday, but there are literally thousands of tracks going way back into the ’80s. It’s a huge task, and this just seemed to eat up time.

Sandison added that they now have “cases full of tapes” of “empty and abstract” music, which will surely have caught the ear of their record label, Warp. Hardcore BOC fans – and they are legion – will certainly be queueing up to get hold of a compilation of the band’s early recordings.

Read the complete interview on the New York Times website, find out what FACT had to say about Tomorrow’s Harvest, and take a moment to reflect on Music Has The Right To Children as it turns 15 years old.