Bat For Lashes and Jon Hopkins team up on new track, ‘Garden’s Heart’ 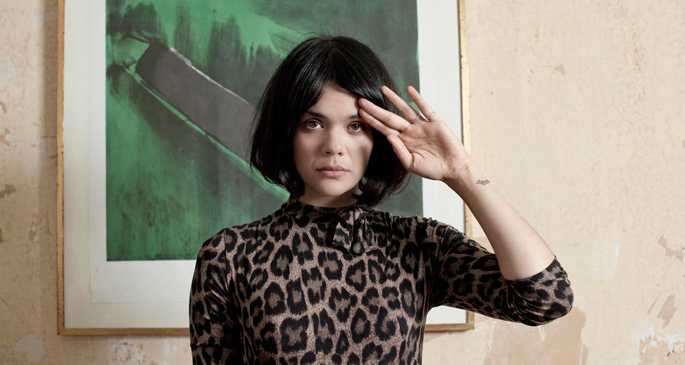 Cinematic producer and go-to studio whizz Jon Hopkins has teamed up with Bat For Lashes for a new one-off track.

Hopkins has had a vintage year, with his rich, keening Immunity LP earning plaudits from shore to shore. Natasha Khan, meanwhile, has been touring off the back of last year’s The Haunted Man – arguably her most revealing set to date. What with their respective interests in texture and high drama, the pair are a neat match on paper, and they’ve now joined forces on a new collaboration, ‘Garden’s Heart’.

The piece – a bass-weighted post-punk cut, loosely redolent of Seventeen Seconds-era Cure – has been written for Kevin McDonald’s new Hopkins-scored film, How I Live Now. Hopkins’ sonic detailing is as on point as you’d expect, and Khan sounds like she’s armouring up for some grand spiritual battle (“The space that is inbetween/You have to fight it.”) The video features Atonement/The Lovely Bones actress Saoirse Ronan, and is directed by Khan herself – her first such commission.

The How I Live Now soundtrack also features material from Daughter, Nick Drake and Fairport Convention, amongst others. This summer, Hopkins furnished us with a propulsive FACT mix-cum-live jam; head here to listen.