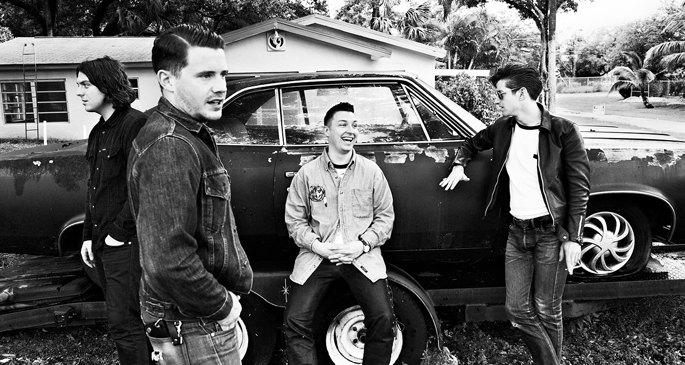 Two of Autumn’s biggest albums – from Sheffield and Kansas respectively – have both been made available to stream in full.

Arctic Monkeys‘ AM doesn’t drop until September 10, but the four-piece are streaming the new album over at iTunes. The band’s fifth album boasts guest appearances from Josh Homme, The Coral’s Bill Ryder-Jones, and, rather wonderfully, John Cooper Clarke; as ever, Simian Mobile Disco’s James Ford is on production duty. Head here to listen.

According to Domino, the album carries a heavy G-funk influence:

“[A.M. is] the malt liquor of Death Row records chased down by at the very least a Bacardi Breezer of what [the band] calls ‘girlfriend music – the music our girlfriends were listening to at school when we were into Dr Dre.’”

On another streaming tip, pop/soul livewire Janelle Monáe‘s sophomore LP The Electric Lady is also now available to hear in its entirety. It’s a guest heavy selection, featuring contributions from Prince, Erykah Badu, Miguel, Solange and Esperanze Spalding. Click below to stream the album a week before its official release. [via The Guardian]