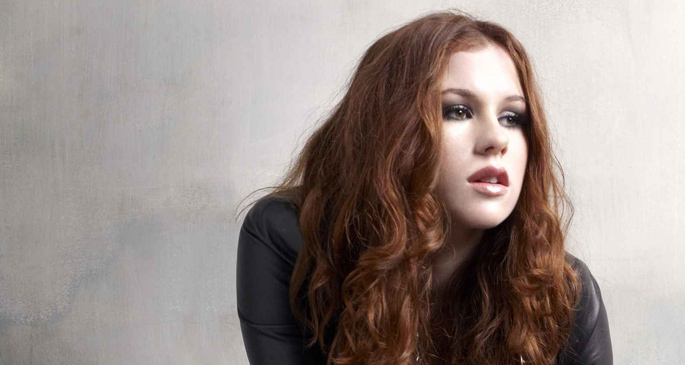 The London singer’s second album will be titled Little Red.

Katy announced the news at a London show last night, as noted by the NME. Earlier this year, she revealed that the album was mostly finished, telling Billboard that “a lot of stuff is getting mixed and mastered at the moment, so you just never know when you can just write something special at the last minute.” The album sessions featured Geeneus, Fraser T Smith and Diplo.

“There’s a few more songs [that] you can imagine me singing in my bedroom rather than in the middle of a dance floor”, she continued. “When I was 18 or 21, it was very much a feeling of freedom. ‘I’m free to be exactly who I am. And my parents aren’t telling me what time to come home at night!’ And I think this album is more focused on love and relationships and reality as well… having to think that you have to go throughout life, [and] sometimes you don’t realize you have to fight for your happiness.”

You can stream Katy’s latest single, ‘5AM’, here.