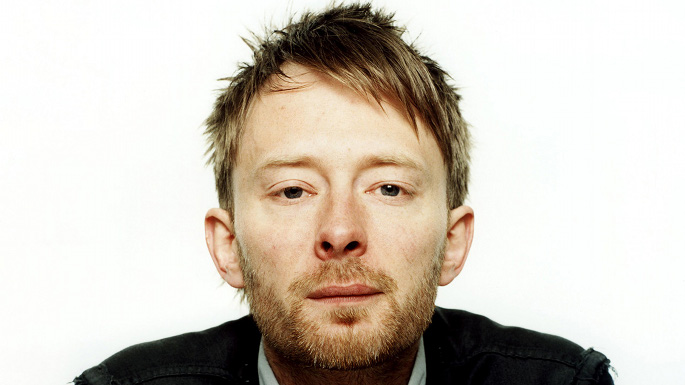 “When we did the In Rainbows thing what was most exciting was the idea you could have a direct connection between you as a musician and your audience.

“You cut all of it out, it’s just that and that. And then all these fuckers get in a way, like Spotify suddenly trying to become the gatekeepers to the whole process. We don’t need you to do it. No artists needs you to do it. We can build the shit ourselves, so fuck off. But because they’re using old music, because they’re using the majors… the majors are all over it because they see a way of re-selling all their old stuff for free, make a fortune, and not die. That’s why to me, Spotify the whole thing, is such a massive battle, because it’s about the future of all music. It’s about whether we believe there’s a future in music, same with the film industry, same with books. To me this isn’t the mainstream, this is is like the last fart, the last desperate fart of a dying corpse. What happens next is the important part.”

– Thom Yorke sticks the boot into Spotify once again. Back in July, Yorke and his Atoms For Peace cohort Nigel Godrich pulled the band’s catalogue from Spotify in protest at the company’s dismal remuneration policy, claiming that the service was “bad for new music”. Following a response from Spotify, Godrich gave the streaming service another tongue-lashing, lamenting its inbuilt bias against small labels and artists – something Radiohead’s manager was a little more mealy-mouthed about.

Click below to stream the interview, which also sees Yorke talk about how Adam Curtis and Massive Attack have influenced his thinking. And, no, we’re not entirely sure how a corpse can be in the process of dying either. [via Consequence of Sound]

Update: Thom Yorke took to Twitter to clarify his remarks:

“this isn’t the mainstream, this is is like the last fart, the last desperate fart of a dying corpse. What happens next is the important part… That previous tweet was the benefit of Spin magazine sensationalist lazy misquotation. The corpse is the old music industry and old music.

“We are concerned with how artists survive creating new music in the future .. That is what matters. That is our problem with @Spotify… There are bigger scarier issues iknow..And I don’t wanna bore.but feel it is my duty to raise these concerns if @spotify becomes ubiquitous.”