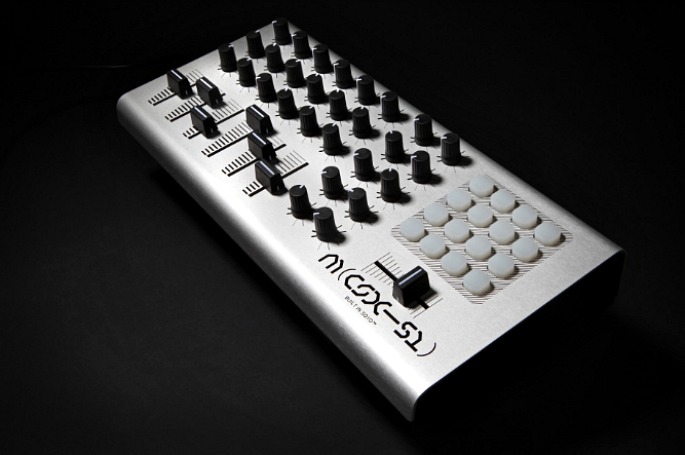 Bringing manufacturing back to SoYo™.

A USB/MIDI controller designed by two members of pioneering electronic trio The Black Dog is set to go into production following a successful Kickstarter campaign.

The Machinewerks CS X51 was developed by Richard and Martin Dust when they became frustrated at the existing control surfaces on the market.

“The design of many existing controllers […] leaves us cold,” they said. “Cheap lumps of plastic designed to keep the costs down, with no look or feel to them at all.”

Working with engineer and designer Darren Nutting, they developed a prototype of the controller and started a Kickstarter campaign to crowdfund its production, eventually raising £29,801 of their £27,000 goal.

The Machinewerks team have also pledged to build the controller in their home city of Sheffield, South Yorkshire (or SoYo™, as they prefer to call it), and source and manufacture as many components as possible in the UK. “This may go against the grain for electronic equipment, but we believe there is a lot of talent in the UK,” they explained.

The first batch of controllers is earmarked for Kickstarter supporters and expected to arrive in January 2014. Head to Machinewerks’ Kickstarter page to find out more about the controller’s specifications and the design and build process, or watch the team’s video below.

The Black Dog delivered a very special FACT mix earlier this year, emptying their folder of private edits of bleep techno classics into a 40-minute stream. The trio released their latest album, Tranklements, in May; more recently they dropped an ambient drone mix under the title ‘A Hymn For Megatron’.