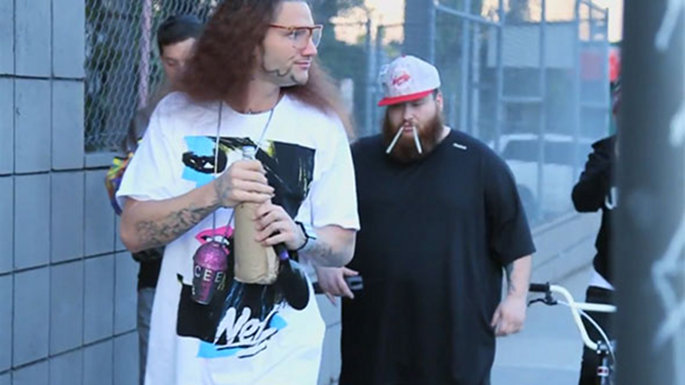 Riff Raff is preparing to release his forthcoming Neon Icon album – complete with ridiculous cover art, naturally –  but it seems he already has another full-length project on the boil.

Speaking to MTV, the colourful rapper revealed that he and stern disciplinarian Action Bronson are working on a joint album. The pair have collaborated numerous times, most notably on ‘Bird On A Wire’, one of our favourite tracks of 2012, and Adult Swim-sponsored team-up ‘Long Pinky’, but the record will mark their first album-length collaboration. Rather brilliantly, the album is provisionally titled Galaxy Gladiators.

We’re pretty sure Harmony Korine isn’t going to be buying this one.