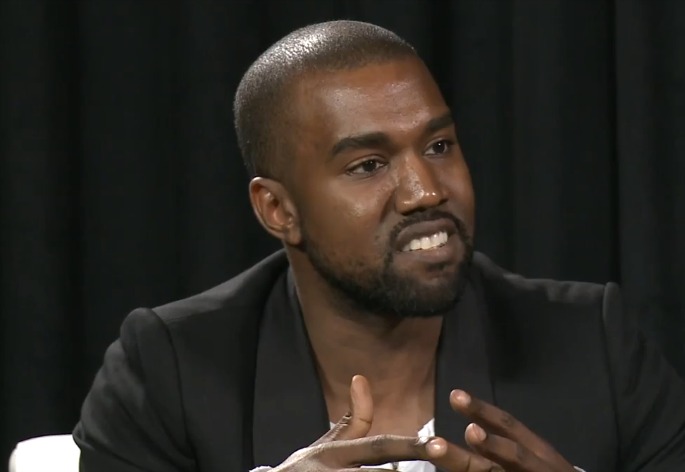 Kanye continues to man his Truman Show boat against the tide.

Last Saturday Kanye West‘s long-awaited Yeezus tour began in Seattle, and the two-hour, 27-song spectacular featured, among other things, a mountain and a cameo from Jesus.

Today the rapper and producer showed up at San Francisco radio station Wild 94.9 to talk about the tour and its religious overtones. Explaining that he’d initially discussed his ideas with a pastor, he admitted that his now-fiance Kim Kardashian had questioned if it might be “weird” if Jesus came on stage.

Not at all, he explained: “We do plays all the time where people play Jesus. What’s awesome about Christianity is that we’re allowed to portray God.”

“One of the things that I wanted to really get across with that message is that you can have a relationship with Jesus, that you can talk to Jesus. In the same way that someone might have ‘Jesus is my homeboy’, that is the way I would express it.”

He also talks about why he portrayed Jesus as white (“it was just some Kanye West shit, really”), raps part of ‘New Slaves’ in response to Illuminati accusations and comments on having to use his “white voice” and why America is living through a “clash of the classes”.

Check out footage and the full tracklist from Saturday night’s Yeezus tour date. [via AHH]

Watch the interview segments below: