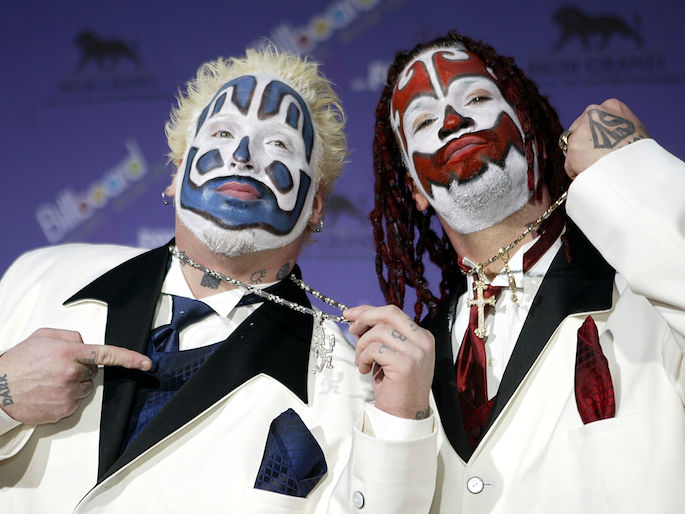 The divisive duo takes on the feds over the classification of juggalos as a criminal gang.

Back in 2012, Insane Clown Posse sued the FBI to receive the documents that led the organization to classify the group’s fan base as a gang; the FBI filed a motion to dismiss the suit last August.

Now the group has set its aim higher, suing — with the help of the American Civil Liberties Union of Michigan — both the FBI and the Justice Department for what they describe as an “unwarranted and unlawful decision” that has led to harassment by law enforcement. Along with Insane Clown Posse members Joseph Bruce and Joseph Utsler, four juggalos from across the US are listed as plaintiffs in the case.

“Among the supporters of almost any group — whether it be a band, sports team, university, political organization or religion — there will be some people who violate the law,” says the lawsuit, which was filed in the Federal District Court in Michigan on Wednesday. “However, it is wrong to designate the entire group of supporters as a criminal gang based on the acts of a few. Unfortunately, that is exactly what happened here.”

ICP has been busy in court as of late: last September, the band was sued for sexual harassment by a former employee. [via NY Times]