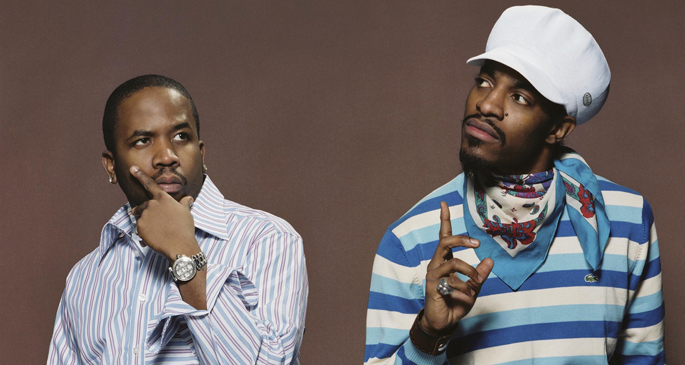 You have to admit we saw this one coming.

Last year, rumors began to bubble up concerning legendary Atlanta rap duo OutKast‘s return to the world stage. Eventually, confirmations came in that yes indeed Andre 3000 and Big Boi would be back in 2014, and taking the main stage at Coachella just to prove it.

It’s the influential duo’s 20th anniversary though, so one show frankly wouldn’t cut it, and today whispers have emerged concerning a much larger tour. While a press release on the band’s official site has confirmed that OutKast will be playing “dates throughout the spring and summer,” after Coachella, a Twitter account (which is purported to be official) has appeared claiming a “festival run of over 40 dates.”

Well if that news is true, our prediction that OutKast could be in line to play the UK’s Glastonbury Festival this year does seem to be getting more and more likely. Keep those fingers and toes crossed, won’t you?

If you’re not sure exactly who OutKast actually are, don’t worry, we compiled this handy list of the band’s finest moments to assist any fresh-faced newcomers.