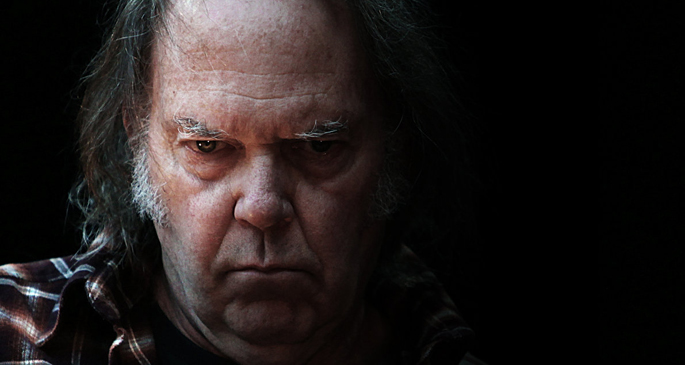 Teased earlier this month, Neil Young’s new album – originally thought to be a collaboration with Jack White – has now been revealed.

Entitled A Letter Home, the album will be a collection of covers (snappily dubbed “rediscovered songs from the past”) and will find Young traveling back in time and embracing “ancient electro-mechanical technology” for the recording process.

The revelations were made on Jack White’s Third Man website (the label will assumedly be handling the album’s release), and the comments were attributed to Homer Grosvenor whoever that might be. Insiders have pointed out that the low-tech recording could likely be a reference to Jack White’s well-publicized Voice-O-Graph machine, an aging recording booth that allows the user to cut their own 6″ disc.

White had the antique refurbished last year for Record Store Day, and Neil Young was photographed recording a “mystery” single there, so there’s certainly enough evidence to support the theory. Young also managed to give further weight to the claims when he addressed the Producers & Engineers Wing while accepting the President’s Merit Award:

“There’s something that happens with one mic. When everyone sings into one mic, when everybody plays into the same mic: I’ve just never been able to do that, with some rare instances like when I record in a recording booth from a 1940s state fair. I got that sound by closing myself into a telephone booth. And I notice, it sounds just like an old record. And I like the sound of old records! I’ve always loved that.”

It seems pretty cut and dry to us, but let’s wait and see how this one turns out. [via The Vinyl Factory]