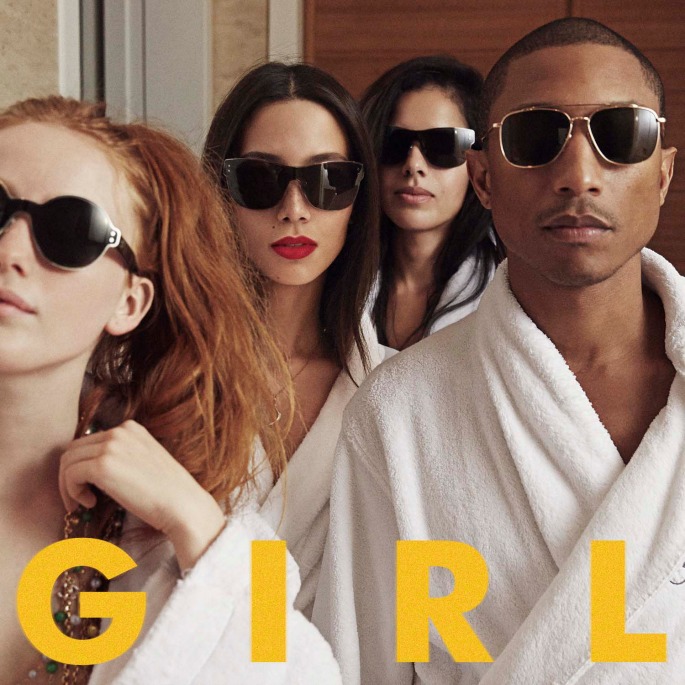 And it’s out in just two weeks.

Pharrell has released a trailer revealing the title, artwork and release date for his new solo album.

The producer, rapper and singer, who’s riding high after a year of huge-selling hits – ‘Get Lucky’, ‘Blurred Lines’ and ‘Happy’ – has given his first solo album in eight years the title of GIRL.

It’s out on March 3 and will feature ‘Happy’, the song that recently earned him an Oscar nomination and which he’s set to perform at the BRIT Awards tonight.

Last year he hinted that the album was about “the difference between [age] 30 and 40” and that there would be “no rapping. It’s focused.”

GIRL is now available to pre-order on iTunes. Watch the trailer below: