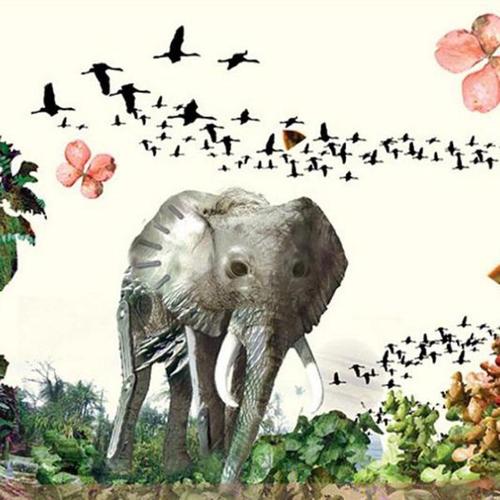 “It was during university days, I was at home, probably trying to make some horrific electro-nuskool-breakz, and, luckily, failing miserably, when I heard some amazing coming through my wall. It was my flatmate Wassim Alsindi, listening to Blamstrain Remixed on Merck Records.

“I decided I had to leave my saws and sirens, even though I thought I was just about to land on a hit tune, and go next door to find out what was making the beautiful sound. So I got up and traversed our skanky carpets to ask him, he told me what it was, and gave me the CD to have a listen to – ever since that day in 2005, the album and tracks from it have never been far from me, having featured in many DJ sets, online mixes, and home listening sessions.

“But from what I can gather it hasn’t been a widely known release. Perhaps the fact that it was released on an American label in an era of European electronica dominance has something to do with it, but I think it’s a great album, beautifully produced throughout, varied, interesting, detailed, melodic, meaningful, sequenced and coherent despite a big range of approaches musically. Perhaps even more surprisingly given all this, is the fact that every track was made by a different artist, and all but two of the 11 tracks are remixes of only two original tracks from Blamstrain! I’m still baffled as to how that was all put together in the way it was – it must have been some sort of moment of alignment of the constellations of the universe, or some very carefully directed/dictatorial mixing, sequencing and mastering advice from the label boss.”