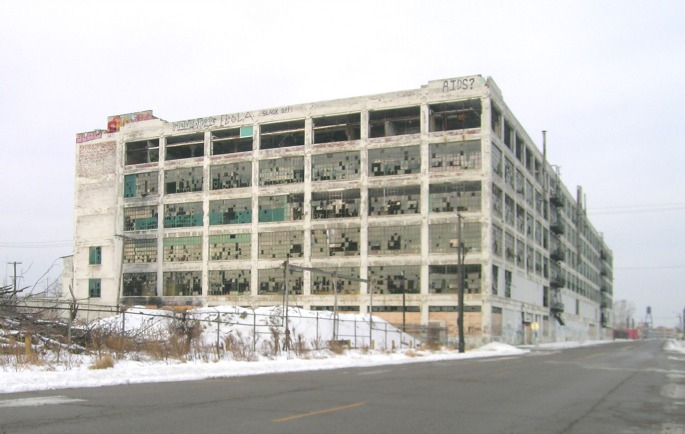 The owner of Berlin’s legendary Tresor venue has set out plans to transform an abandoned factory in Detroit into a massive techno club. On a recent trip to Motor City as part of the ongoing Detroit-Berlin Connection project, Dimitri Hegemann told the Wall Street Journal that Fisher Body 21, a crumbling six-storey building deserted two decades ago, is ripe for rejuvenation.

“Fisher Body is my first real love,” said Hegemann, adding that the building “has a special aura… and I have plans for it.” To turn it into a serious techno venue, he reckons the former car parts factory “just needs red lights and a kicking sound system”.

Hegemann’s proposals are nothing new – the Detroit-Berlin Connection has been running for years, and the Tresor owner has had his eye on the building for a long time. He also has plenty of experience in this department, having transformed a former East Berlin power plant into Tresor’s 86,000-square-foot event space. But more recently he has hired property developers and architects to try to get the Fisher Body project off the ground – and if it doesn’t work, he says he’ll turn his sights to the city’s deserted Michigan Central Station.

Not all of the city’s residents are convinced that Hegemann’s plan is right for Detroit, which has its own specific problems relating to crime, race and unemployment. Cornelius Harris, manager of techno collective Underground Resistance, agreed that the project can “provide inspiration”, but added: “There are issues in Berlin that people in Detroit wish they had. There’s no real comparison.”

While the city itself may be bankrupt, Detroit’s music industry was estimated in 2013 to be worth over $1 billion. Carl Craig is one of many homegrown DJs who’s been vocal in his support for the city – watch him discuss Detroit’s techno history and introduce its people and places. [via Mixmag]