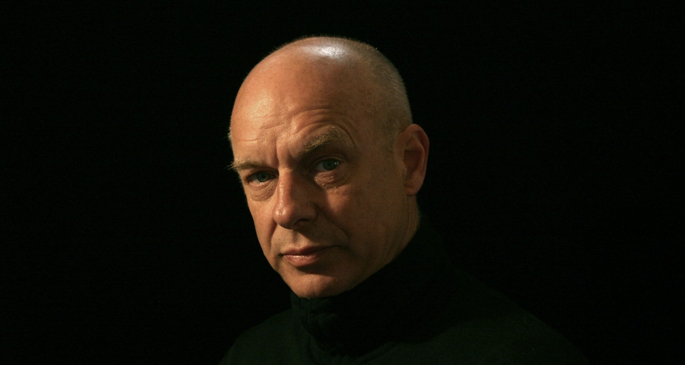 Chameleonic musician labelled a “mastermind of the recording studio”.

Brian Eno has been presented with the Giga-Hertz Award for Electronic Music, collecting €10,000 (£8,000) for a lifetime of “musical transgressions and… innovative thinking in the field of internet and sound installation”.

ZKM director Peter Weibel called Eno a “mastermind of the recording studio”, praising his ability to tailor “musical clothes” for other artists, reports the Guardian.

Given by the German broadcaster SWR and the ZKM Institute for Music and Acoustics, the prize has previously been awarded to electronic composers like Pierre Boulez and Pauline Oliveros.

Eno thanked the Baden-Württemberg state government in his acceptance speech, saying that prizes like the Giga-Hertz award help to resist the free-market austerity that hampers the UK’s arts scene. He also talked about how much he loves singing.

“Singing is among the best things in life,” he said. “In England, I’ve been singing in an a cappella group for 16 years. We don’t do any concerts or take pictures – it’s about the fun of it.”

Eno also detailed The Ship, his new music installation at Barcelona’s Fundació Tàpies, described as “a song that you can enter” with 40 speakers creating “a walk-song-space”.

This year Eno has put out a pair of albums with Underworld’s Karl Hyde, curated a Fela Kuti box set and re-released four of his ambient releases on All Saints Records as well as his seminal Fourth World collaboration with Jon Hassell.