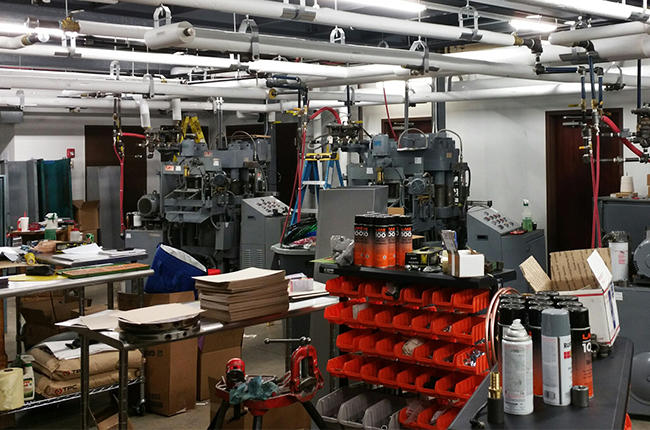 Plucky indie hopes to make a dent in the backlog.

The vinyl revival has left the handful of remaining pressing plants struggling to keep up with demand, resulting in painful production delays for labels. Fed up with waiting months on end to get their records pressed, US imprint Fat Possum has decided to tackle the problem head-on by opening its own pressing plant.

Memphis Record Pressing has nine presses churning out between 7,000 and 14,000 records a day. The machines themselves were “fixer-uppers” bought for $100,000 in total – a steal compared to the $200-250,000 you’d expect to pay for a press that needs no refurbishment. Though the output is only a fraction of the quantity produced by industry giant United Record Pressing, owners Matthew Johnson and Bruce Watson reckon they can make a sizeable dent in the market.

“I’ve had 3,000 Modest Mouse records stuck in customs that’s cost me a lot of money at Christmas,” Johnson told Billboard of the current vinyl market. “I hate this business. It’s getting so bad. If I want to sit down, I feel like I have to cut a tree down, cut it into boards, make a chair — it’s ridiculous. You used to not have to worry about manufacturing. Now you do.

“United is five months backordered, and everyone else is that or more,” he added. “We used to be able to get these turned around in seven weeks.”

The first record pressed in the plant was a reprint of Youth Lagoon’s 2011 album The Year of Hibernation – check out a video of that record being made underneath. Next up is the Districts’ debut album A Flourish and a Spoil and a record from London rotters Fat White Family.

As well as Fat Possum releases, Memphis Record Pressing will make records for other companies, particularly those working with Sony’s RED Distribution, which helped finance the plant.

The UK’s vinyl industry is facing similar problems, with vinyl sales topping one million this year – the highest since 1996 – but the pressing plants of the future could be small enough to fit on your tabletop. [via Exclaim]