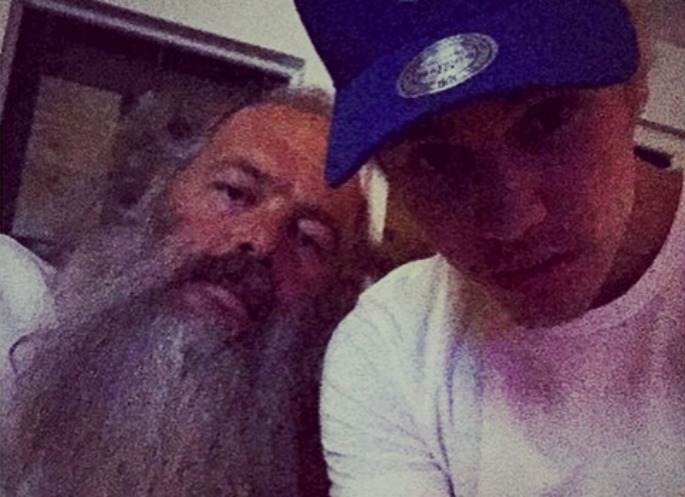 Because no one said life was fair.

After spending the past year acting like Richie Rich with a snapback and anger issues (but still managing to bank $80 million), Justin Bieber is back in the studio, and he’s brought in the big guns. Yesterday his manager Scooter Braun posted a photo of Biebz huddling up to super-producer Rick Rubin, the man who brought a guiding hand to Yeezus and who’s been part of some of the most important rock and hip hop albums of the past 30 years.

Bieber’s last release, 2013’s Journals, was a compilation of one-off releases including collaborations with the likes of Chance The Rapper and Lil Wayne – and not bad at all. More recently, he threatened to go deep house.

Rubin recently returned to his old NYU dorm room to talk about how Def Jam was born. Last year he gave a lengthy interview to the BBC’s Zane Lowe about his storied career.

Working on some history! @justinbieber via @shots – Rick and JB