Nick Edwards looks back to his formative years on his latest LP.

Bristol grafter Ekoplekz has been on a winning streak of late, and he keeps up his intimidating release schedule this May with his third full-length for Planet Mu.

Reflekzionz, explains the label, finds Edwards “invoking a blurry, saturated false-memory of the leftfield electronica that was the soundtrack to his life in the early to mid-1990s”. In this reflective mode he also draws on influences spanning Aphex Twin (on the knowing ‘A Caustic Romance’), Cluster, Raymond Scott, Lee “Scratch” Perry and Spacemen 3, but rooted as ever in his dubwise approach.

Check out samples of all 12 tracks on Planet Mu’s website and look out for Reflekzionz on CD, double LP and digitally on May 18.

Edwards cranked out two albums on Planet Mu last year, Four Track Mind and Unfidelity, alongside a handful of 12″s and EPs. FACT’s Joe Muggs went to meet him in Bristol and found that “nobody was more confused” about Ekoplekz’s curious fall and rise than the man himself. 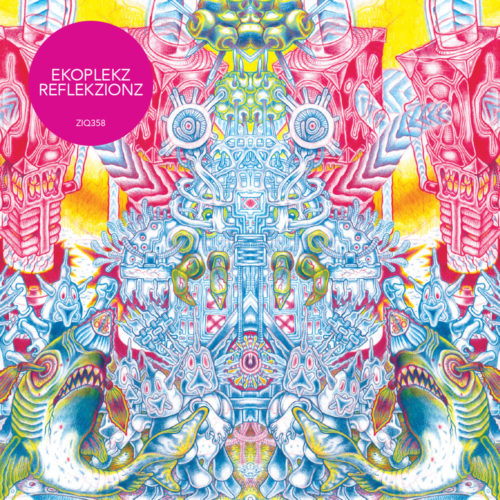