Here’s which acts will be joining Foo Fighters and Kanye West.

The full flyer is below. Kanye’s headlining slot has caused more than its fair share of online outrage; the daughter of festival founder Michael Eavis weighsed in on the “controversy” in an editorial. Last year, Glastonbury banned the sale of Native American-style headdresses after an online petition attracted just 65 signatures. 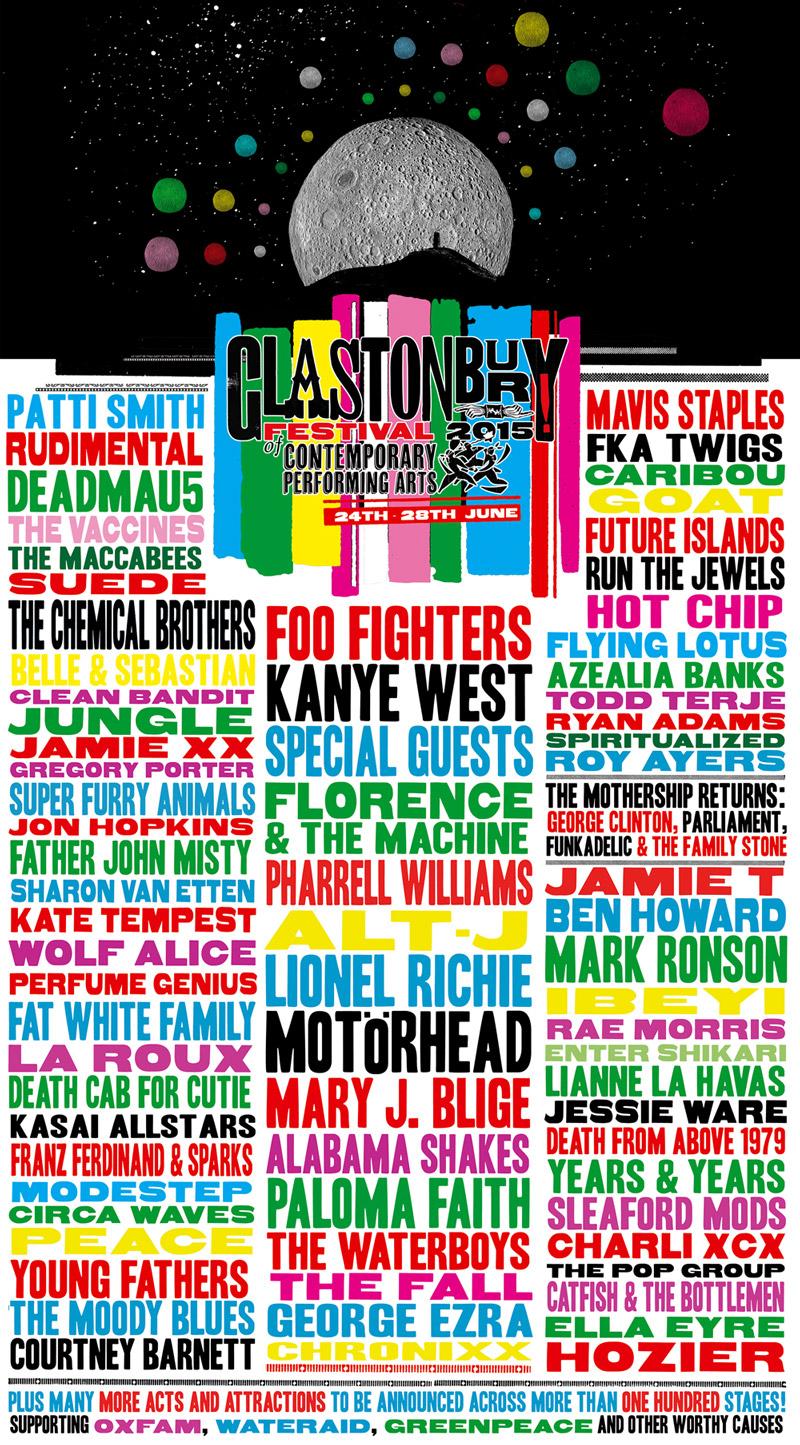