The first tangible details of this year’s already sold-out event have been uncovered.

If you’re one of the lucky few to grab Unsound tickets before they sold out earlier today, you might want a few more details about what you’re actually going to see there.

Last month Unsound revealed the theme would be “Surprise”, and offered only a redacted document with almost no information on the festival’s content. Well, it looks like the Unsound team didn’t press hard enough – a resourceful Polish photographer has managed to uncover the words under the black ink and post it to Facebook, offering the first information about what the concept means.

According to the redacted paragraphs, only a certain number of acts at Unsound 2015 will be a surprise, contrasting with the rest of the bill who will be announced in advance. “The aim is to play with perceptions: pre-show perception, performance perception and post-show perception,” Unsound says. “Do we listen differently, when we do not know and/or cannot see who is performing? How do our expectations affect the value we place on music?”

None of the artists have been announced yet, but Unsound promises the majority of those not remaining secret should be revealed in August.

The festival takes place in Krakow from October 11-18. If you missed out on tickets today, individual event tickets will go on sale then too – keep an eye on Unsound’s Facebook for updates. 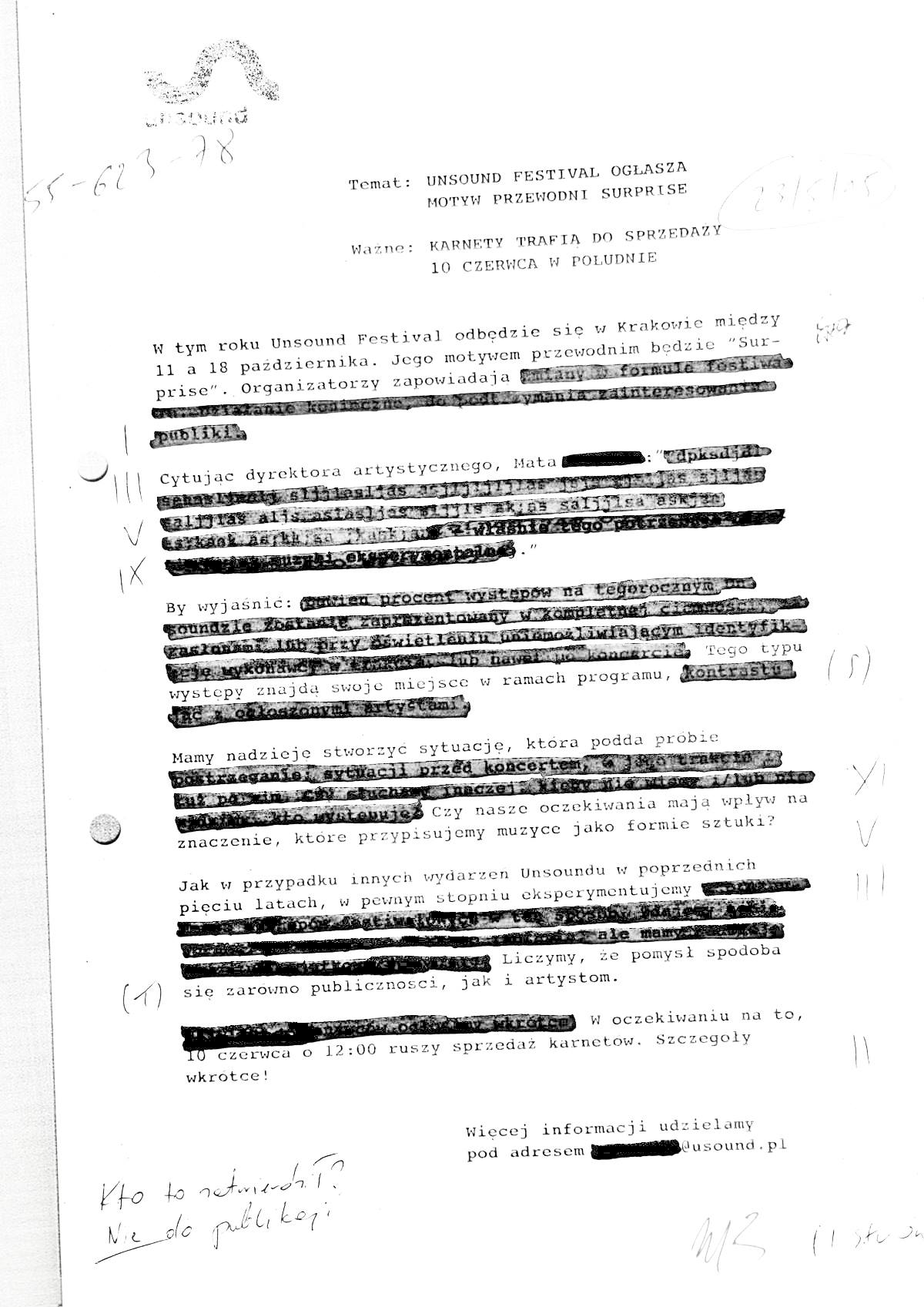