Jon Rust has been a part of London’s club scene for years, working at Rinse FM, Plastic People and Phonica while co-running the Standard Place clubnight with Oneman, Reecha and more. In recent years, he’s found a regular home on NTS Radio, while his Levels label has quickly blossomed, releasing music from Lord Tusk and Ajukaja & Andrevski.

Shanti Celeste is also a regular on NTS, sometimes playing b2b with Rust, though her background is very different to his. She’s Chilean by descent but grew up in Bristol, where she’s released music on some of the city’s key labels (Idle Hands, Julio Bashmore’s Broadwalk and Brstl) and developed one hell of a reputation as a DJ. With both artists playing Farr Festival this July (as well as a load of other great people – for tickets and more information, head here), we got them to quiz each other on radio, label strategies, festival etiquette and more.

Jon Rust: We first met through NTS. You have your own show now – How’s that going?

Shanti Celeste: Great thanks! I’m a bit more confident now – I used to find the talking part pretty scary… although I still do sometimes when I cant pronounce stuff. At first I didn’t even want to say anything about the tunes I was playing incase I got it wrong or something, I’m not very good at memorising names of tracks, etc. I’m more like… ‘ooh yes that yellow record!’

JR: Happens to the best of us. It’s no fun getting tongue tied on air. Some names are trickier than others though – Ajukaja & Andresvki, for instance.

SC: So, how’s it all going with the new Levels release? I think it’s great!

JR: Yeah people seem to love it. What those guys do – it’s just so beautiful, so odd, but people seem to have taken to it, especially ‘Mesilind’, which is on the B-side. I even got a copy to Omar-S while he was playing recently and he put it straight on.

SC: What are your aims with the label?

JR: With Levels I just want it be a platform for great music that sounds like nothing else out there. Free of genre restrictions, tempo or style. Putting out records isn’t without challenges, but I’m enjoying the work. You learn so much with each release too. So immediately, the aim is to keep getting better at that.

SC: Some labels say they will stop at a certain number of releases. Do you have a number in mind, or will you just carry on forever!?

JR: Nothing lasts forever. The idea of something stopping once it’s achieved it’s aims, or if it’s apparent you can’t do that anymore – I like that discipline. Not so much into setting an arbitrary number. But we’re just getting started here… Seeing a label painfully trudging on though. That’s definitely not a great look.

SC: Ugh no… Nervous Records. No Boring Intros has been on NTS since the beginning right? Where’d that name of the show come from?

JR: Deep in the back pages of some magazine – it’s actually the name of a premium rate phone line. It had a ring to it. I just wanted to make a show that was straight to the point – great vibes, great music. No nonsense, direct.

And yeah I’ve been with NTS since the beginning… first weekend of broadcasting, April 2011. Those early shows on the Saturdays were such a vibe, as much for the people that would pass through the studio while I was playing. A real weekend warm up. It’s been a big part of my life ever since. Sometimes I’ll jump on the breakfast show with Charlie Bones too. He’s a don. 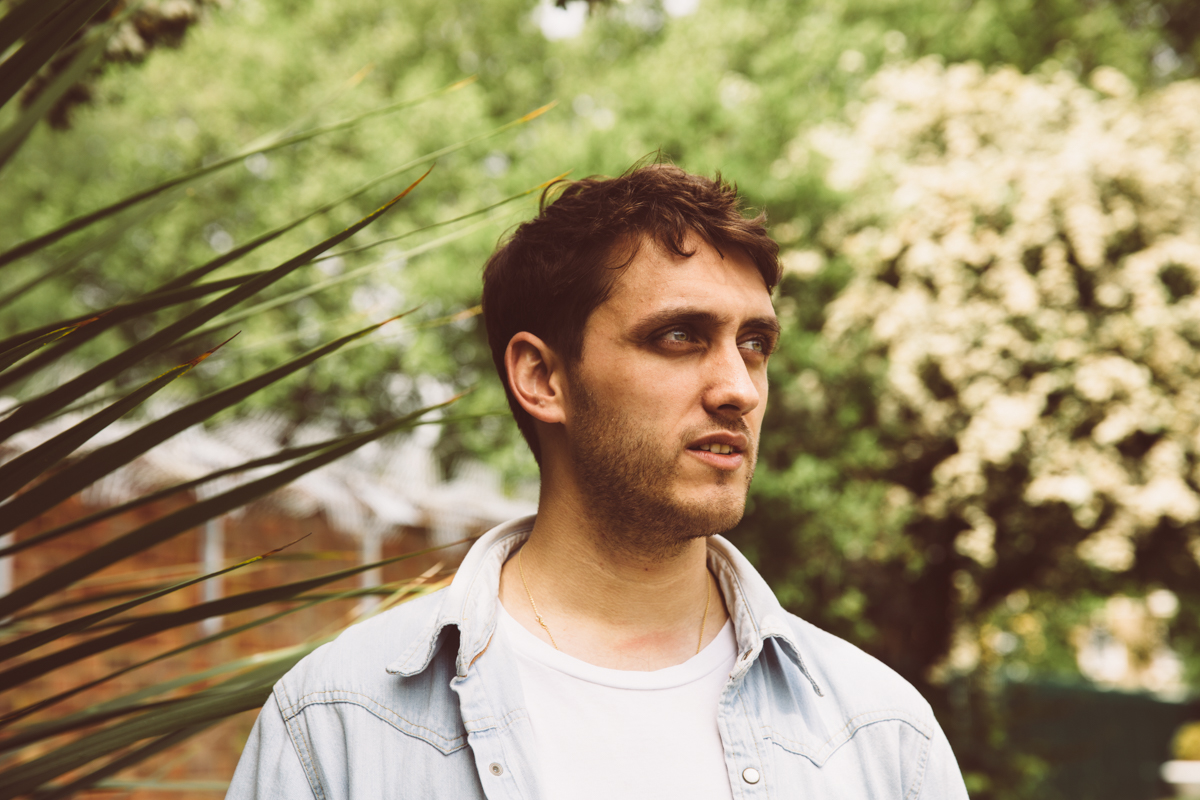 SC: What do you think makes a good radio host?

JR: It takes a bit of imagination to create an environment that people will want to come into. It’s no mean feat either – when you think someone like Charlie Bones is out there five days a week on the NTS breakfast slot, delivering vibes. He’s really putting something of himself on the line. That takes guts too. So, for you.. DJing, producing, running the label – what are you enjoying most right now?

SC: OK, so last year I had a bit of a creative dry spell, didn’t really make any tunes I liked all year, was in a small dingy studio with no windows and my computer was about to die.. so I moved studios and changed computer which was long a transition so it took a while to feel settled in the studio again.

Part of the dry spell was also due to a mini freak out I had after releasing my third record with Broadwalk, a mixture of high expectations not really knowing where I was going with my sound, I think perhaps I needed a bit of time out to enjoy myself, get some inspiration, sort things out and now its all good!

So….. I’d say producing and DJing! Im really enjoying doing my NTS show and really enjoying making music too. It’s nice in my studio now because there are big windows which make me feel like I’m not missing out on the sun… and being able to look outside makes me write happier music specially when its sunny! Also I just bought a Juno106, so having lots of fun with that.

JR: So right now, what does a day in the life of Shanti Celeste consist of?

SC: Breakfast in bed! But I’m not a slob! I get up super early to do it as I just hate rushed mornings, it’s not a good start to the day for me if I have to rush… then straight downstairs to my studio, 10am. In the afternoon I walk to the fruit and veg shop so I can make myself a delicious lunch, then back to the studio til 6.

JR: 10-6, a proper day’s work! Sounds like it’s paying off though, ‘Lumi’ sounded amazing when I heard it at the NTS Birthday.

SC: Thanks! [That’s] new on BRSTL.. it’s always interesting to hear who takes to what side of a record. Some prefer the A side, some the B.

JR: How about you – what’s been your best show lately?

JR: That even got a rewind, if I remember..

JR: Glad I was there for that.

JR: Last month, Nuit Sonores in the South of France. That was amazing. Jamie XX programmed a whole day and invited a bunch of us out. I played right before Floating Points and just had fun with it. The crowd there’s great. That was my second time playing for them – right on the banks of the Saône river. What would you say is your favourite kind of crowd to play to?

SC: Just people that are open minded and up for it. They don’t have to be really clued up or anything like that, they just need to be there because they want to dance their socks off and have a good time… but also in a “responsible way”, I don’t want no one falling on top of the decks. That’s happened to me before. 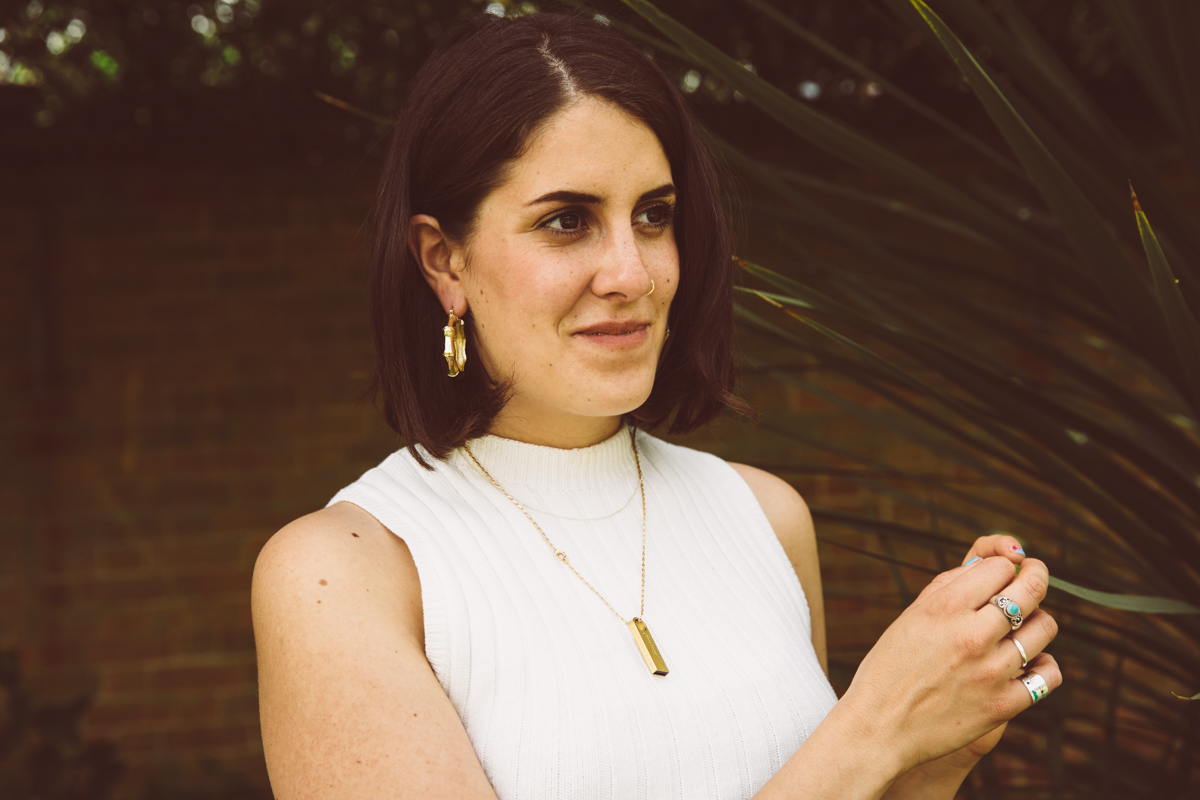 “Crowds don’t have to be really clued up, they just need to be there because they want to dance their socks off.”
Shanti Celeste

SC: Any tracks in particular that you’re looking forward to playing at a festival this summer?

JR: One of the tracks from Sotofett’s LP on Honest Jons… that should sound sweet in the open air. Festivals are very different to clubs. so it’s an opportunity to play something I might not usually.. I’ve definitely got a few wildcards up my sleeve too. How about you?

SC: Well, I’ve been listening to Young Marco’s album a lot recently, missed out on the record when it came out and now its £45 on Discogs! It’s really beautiful so I definitely wanna play stuff from there.

JR: What else you got coming up?

SC: Gigwise, playing at Farr Festival, Freerotation, Secretsundaze and loads of other exciting places over the summer including Ibiza! Never been there before so looking forward to checking it out for the first time. Release wise, lots of exciting things – the next thing I have coming out is a track on a Future Times compilation, ‘Vibes 3’ should be out in summer sometime so keep your eyes peeled. OK, three festival dos and three festival don’ts Mr Rust…

SC: Do: Take fresh fruit – watermelon, nectarines – take 2 duvets instead of a sleeping bag, and get enough sleep – boring I know, but it’s true! Don’t: Play vinyl, forget your toothbrush, forget your fan!

JR: DJ nightmares: What’s the worst thing to happen to you while playing at a festival?

SC: I was DJing at a festival and there was only one turntable, with no needle – I hadn’t brought mine this time either – and it was really really windy… so I was playing CDs but they found a needle for me and just as i put on my first record, a speaker that had been badly placed fell on the deck because of the wind. Fail.

JR: So the lesson there is…

JR: But if you have to, remember to pack your own windbreak.