Sam Smith is definitely doing the next Bond theme, and he wrote it in 20 minutes

‘Writing’s on the Wall’ is released later this month.

After yesterday’s sizeable hint, Sam Smith has confirmed that he’s behind the theme for the next James Bond film, Spectre.

Recorded in January, the track is called ‘Writing’s on the Wall’ and will be released on 25 September.

“This is one of the highlights of my career. I am so excited to be a part of this iconic British legacy and join an incredible line up of some of my biggest musical inspirations,” Smith said in a press release.

Smith confirmed the news to Nick Grimshaw on on Radio 1, saying: “I got called into the office with Barbara Broccoli and Sam Mendes and they gave me the script, I read the script… they said ‘have a go at the song’.”

“It’s the quickest I’ve ever written a song – it took 20 minutes and they loved it! I love the song so much”.

News of Smith’s involvement will come as a blow to the person who put £15,000 on Radiohead being behind the Spectre theme back in July. The film itself is released on October 26. [via NME] 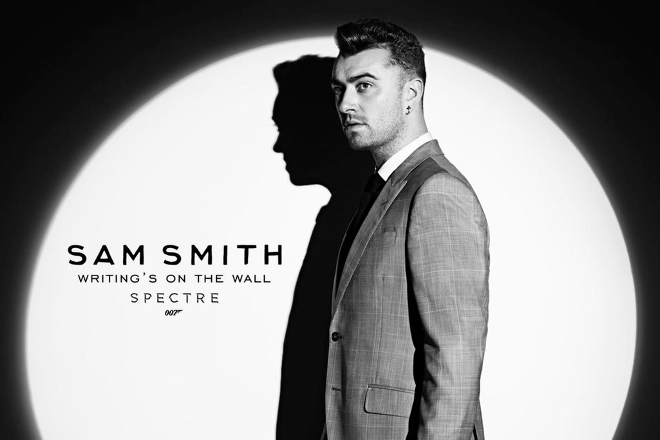