The untitled mix comprises unreleased material produced between 2012 and 2015, and shows just how much firepower he’s been sitting on outside of his short discography, which includes the downtempo Faded With Da Kittens tape on Astral Black and the Crystal Children EP on Local Action.

A run of 50 stamped and numbered CD copies of the mix was made for sale in September, so if you missed it then, now’s the chance to catch up. Tracklist is scribbled in the image below. 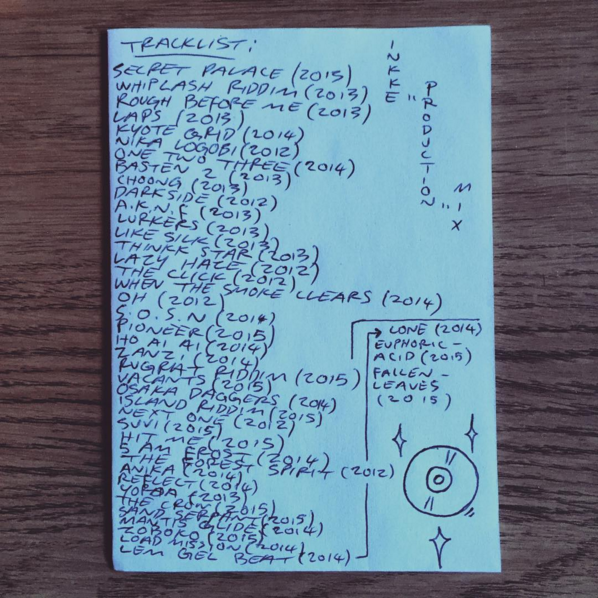