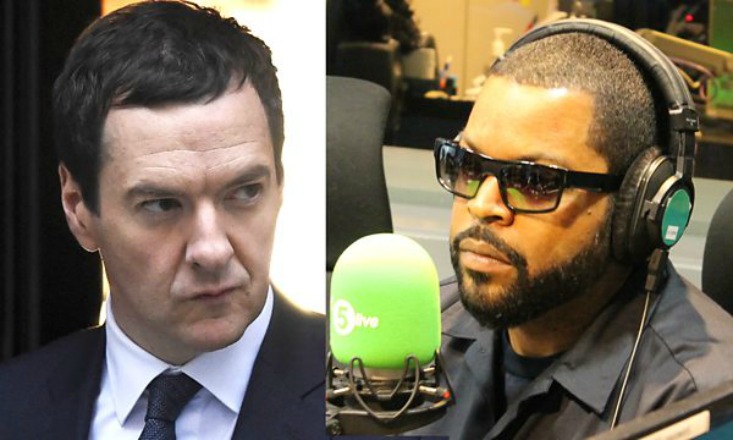 Ice Cube has described the UK Chancellor George Osborne as his “homie” in what appears to be an appalling misunderstanding between the N.W.A. rapper and the Conservative MP for Tatton.

Cube’s comments came in response to Osborne’s recent claim to have seen N.W.A. in concert as a student, an experience the politician described as the “coolest thing I’ve ever done”. His fandom later extended to bringing Dr. Dre to 10 Downing Street for tea.

In an interview with BBC Radio 5 Live this week, the rapper responded: “Yeah, he’s my homie. That’s what I’m saying, you know. We can influence the world. He went to a NWA concert and look what he turned out to be.”

Hear a clip from the interview below. Meanwhile, Cube is busy trying to get N.W.A. to reunite for Coachella following the success of Straight Outta Compton and their induction into the Rock and Roll Hall Of Fame.