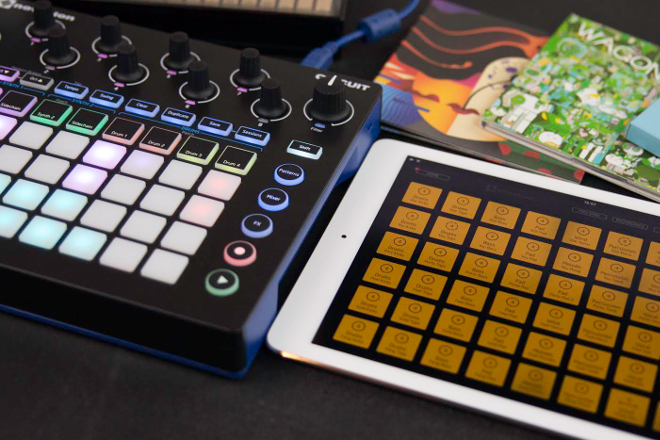 Novation has updated its Launchpad for iPad app with MIDI sync output, meaning it’s now able to connect to external hardware and stay in time with other apps.

The app was previously a more self-contained experience with a focus on making quick tracks with Novation sample packs and imported sounds, but the addition of MIDI sync makes Launchpad for iPad a much more versatile app for music makers.

As well as being able to jam alongside other music apps, Launchpad for iOS will work with physical gear. Novation has released a video showing the app working with its new Circuit hardware, but it’ll work with anything as long as it’s got a MIDI connector and you own the necessary adaptor.

MIDI sync output is one of many features added by Novation to its Launchpad app since it launched in 2013. Last year the company teamed up with Ninja Tune on a number of remix packs for the app, letting users jam with music made by Lapalux and Machinedrum.

While the app is still very much geared towards making music on the move, the addition of MIDI sync makes the app a genuine alternative to Novation’s physical Launchpad Pro, which is considerably bulkier than an iPad, even if it is more rugged.

The new feature is available as an in-app purchase for the free app, but only on iPad. There’s no word from Novation whether the company is planning to add MIDI sync support for iPhone users.