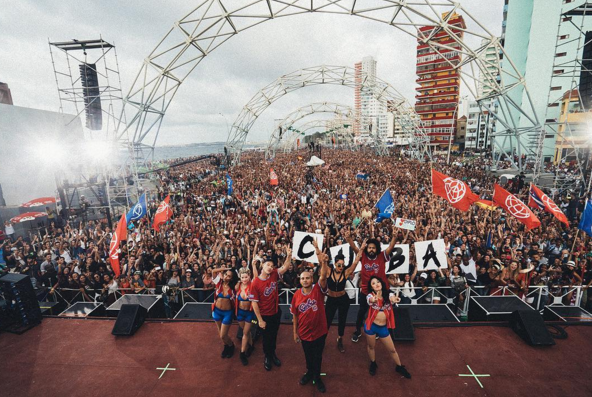 Major Lazer have become one of the first US acts to play in Cuba following the diplomatic thaw.

The free public gig took place on Sunday (March 6) at Havana’s Tribuna José Martí event space, near the US Embassy, in front of tens of thousands of people. It served as a preview for Musicabana, the first international music festival co-organised by American and Cuban partners for more than 30 years.

Musicabana is set to happen May 5-8 and as part of the festival’s cultural exchange, Major Lazer will meet with Cuban music students and performers during their trip.

The US and Cuba cut ties in 1961 at the height of the Cold War, preventing US citizens from travelling to the Caribbean island, but resumed full diplomatic relations on July 20 2015. Florida-born Diplo said Cuba had been an influence on his love of music for “as long as I can remember.”

“I was lucky enough to visit Cuba a few years back with my friends Calle 13 and during my four days there my mind was blown by the people, depth of culture and their way of life,” he said. “Going back to perform in 2016 and to be a part of the culture once again is a huge blessing and I couldn’t be more honored to bring the Major Lazer project there.”

A couple people came out for @majorlazer in Havana.