Warp hero Mark Pritchard and artist Jonathan Zawada: How we built the otherworldly landscapes of Under The Sun

The art that accompanies music can be a gateway into a musician’s universe.

When visual artist Jonathan Zawada was a teenager living in Australia, he would imagine Tricky driving around London in the giraffe-patterned army truck on the back of the singer’s Maxinquaye album. “Every piece of an album package, not just the front cover, should contribute to a sense of the universe it exists in,” says the now-Los Angeles based Zawada, who has drawn from the same teenage realisation to create the all-encompassing imaginary universe for Warp producer Mark Pritchard’s new album, Under The Sun.

Nine floors beneath us at New York’s Red Bull Studios, the universe they’ve created is being projected onto seven screens in a looping audiovisual piece which Zawada finished setting up the day before. The installation captures the pair’s creative ambition; fantastical landscapes pan in and out of view around you as gentle compositions drift across the space, leaving your mind free to wander and seek out its own story.

Despite working continents apart, Pritchard in Sydney, Australia, and Zawada in Los Angeles, they share an obvious chemistry, and seem relaxed and jovial as they discuss the collaboration. They began working together in 2013 for a series of EPs — Ghosts, Lock Off, Make A Livin’ — following from Pritchard’s earlier collaborations with designer Manuel Sepulveda, aka Optigram, which focused on optical and graphic art.

“I wanted to have somebody else bring something different,” says Pritchard, his jetlag barely audible as he reclines in his chair. Zawada was suggested to him by LuckyMe co-founder Dominic Flannigan, and it was the variety of Zawada’s work — spanning graphics, textiles, video, painting — which appealed to Pritchard. “People are often fixated on wanting one thing,” says Zawada, “but Mark was receptive to different ideas.”

At the heart of Zawada’s work is an interest in semantics, the study of meaning. His pieces often seek to feel both “natural and unnatural, semi-realistic and unrealistic”; most recently, he explored the relationships between humans and nature, between manufactured and organic for New York producer Baauer’s debut album, Aa. These ideas continue in a more abstract and imprecise way with Under The Sun. “What does seamed marble look like,” he posits, “if the seams in the marble are actually copper?” His question brings to mind kintsugi, the Japanese art of repairing broken objects with visible joins picked out in powered metals such as gold; rather than disguising the breakage, kintsugi celebrates it. “I love this ethos of embracing the history of an object,” Zawada adds.

Under The Sun is Pritchard’s first solo album in eight years, and after 25 years of working under aliases – including with Steve Spacek as Africa Hi-Tech, with Tom Middleton as Global Communication and solo as Harmonic 313 – this record is the Somerset native’s first under his real name. Under The Sun feels like the logical culmination of a choice he once described to me as “being free to do what I want.” Across 16 largely ambient tracks which swing from the ominous to the uplifting, the album draws on Pritchard’s youth and looks to folk, avant-garde electronics and new wave for its moods and textures. Peppering the instrumental meditations are vocals from Bibio, Thom Yorke, folk singer Linda Perhacs and New York rapper Beans, as well as a sample of Julie Andrews singing a centuries-old nursery rhyme, ‘The Mother Goose’, on the title track. 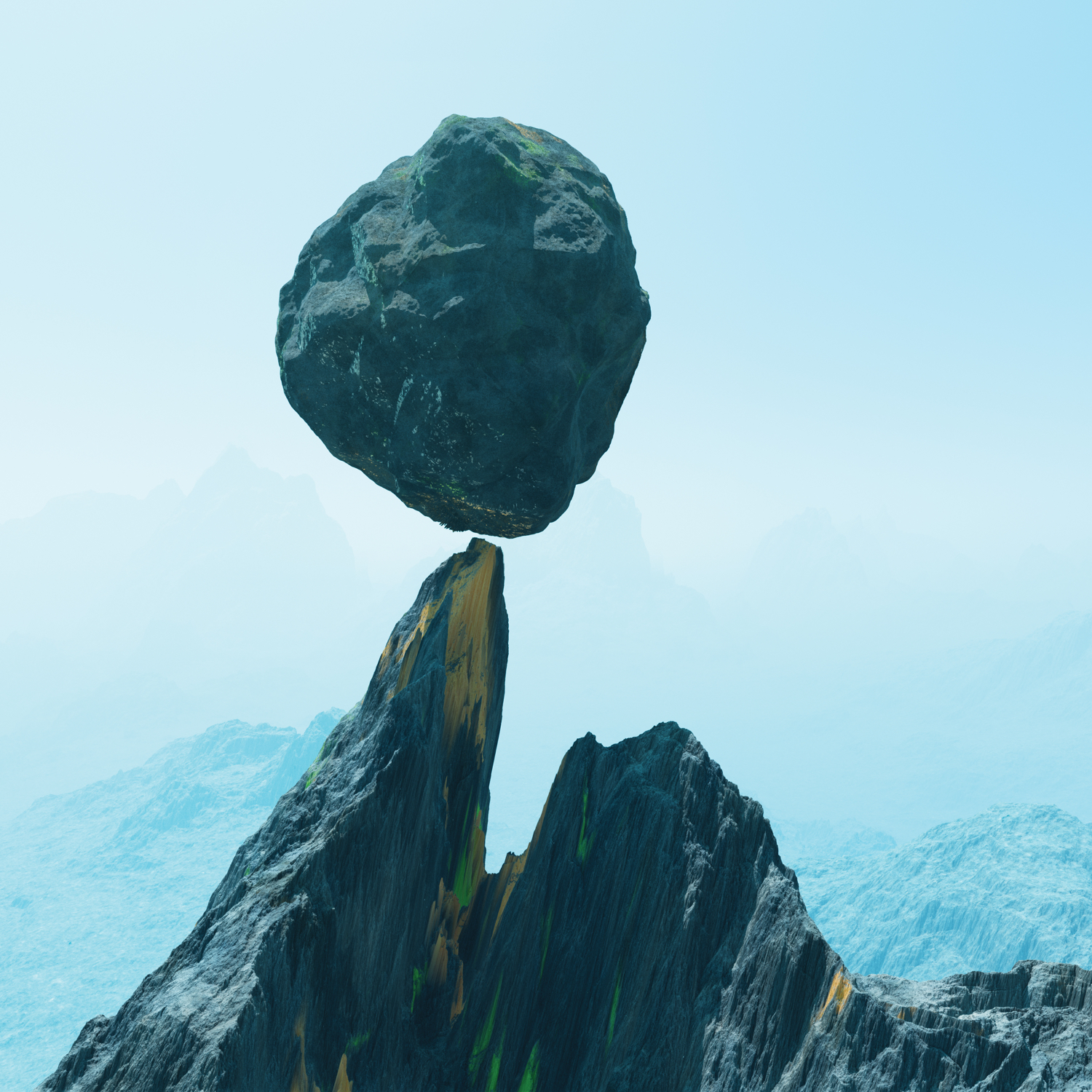 Intended for release in 2014, the album took on a life of its own as Pritchard, who by his own admission has never been a fast worker, struggled with the creative process. About half of the album’s songs were first written in the late 2000s, while some, such as ‘EMS’ and ‘The Blinds Cage’, are even older. “I just had to accept that certain tracks take a long time and it’ll have to wait until I’m happy with it,” he says. Despite the protracted process, Under The Sun feels strikingly cohesive; if you let it, the music grabs you and pulls you in. “I mixed everything at the same time,” he continues, “and that’s what makes it sound whole. I also worked on the track order a lot, I learnt the importance of that years ago.”

Zawada was meanwhile working from sketches, demos and drafts as early as 2014, “responding to aspects of the evolving tracks,” he explains. As the music began to veer away from Pritchard’s club-focused work, he decided to “create visuals that could stand up to what the music was.” In turn, seeing Zawada’s work helped Pritchard to “paint a picture of what the album was about,” he says. “They evolved together, and while I still didn’t really know what [the album] was, certain reference points emerged.” Among them was the image of a rock hovering over a mountain’s peak, meant to accompany the Thom Yorke-featuring ‘Beautiful People’. “It reminded me of Cornwall, and a lot of the album was me thinking about where I grew up and the feeling of the countryside,” says Pritchard before breaking into laughter. “Obviously there are lots of floating rocks in Cornwall, and wizards going about doing stuff, you know.” 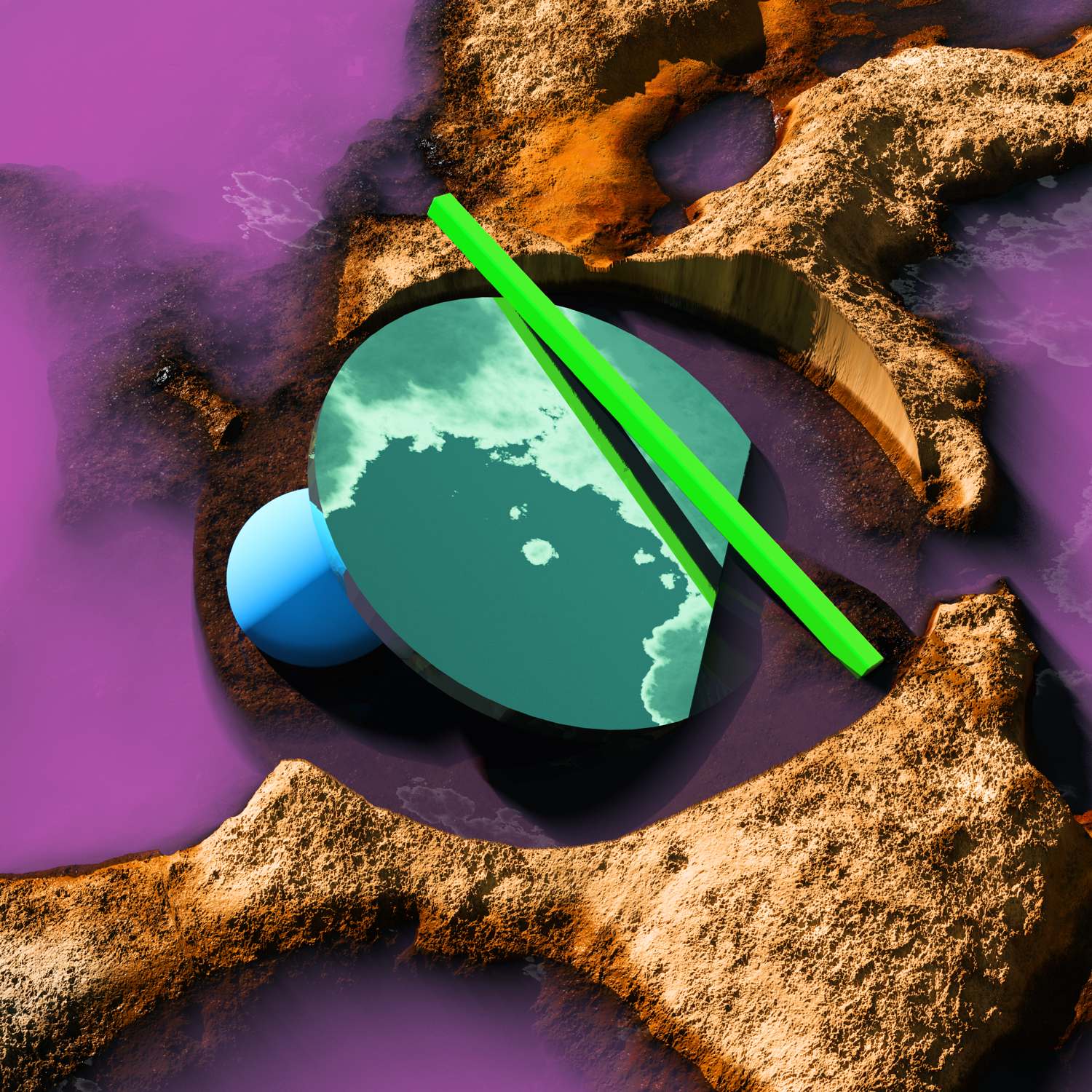 The expansive scenery of deserts, mountains, seas, and caves which Zawada has created appear like landscapes of another earth, a terraformed planet somewhere out there in the infinity of space. The sea and the desert meet at an impossible angle, a pink stick balances on the slopes of a verdant mountain, and cubes and spheres peek out of canyons. It’s a world that is “sympathetic to the imprecise emotional content of the music,” says Zawada. “It is open for people to project onto it, to listen to the music and feel what they want while having a visual space that is not defined by me or anyone else.”

“Jon captured the subtle suggestions of the music,” adds Pritchard. “You don’t know what it is and you have to use your imagination. What is this place? It’s more interesting than having a marketing team come up with a story to sell the whole thing.”

In the late 2000s, dubstep pioneer Mala was known to open his sets with ‘?’, which was released as a 10” single in 2009 and returns now as Under The Sun’s opening track. ‘?’ is an exercise in ambient tension, as rumbling low end frequencies build to crescendo before a delicate four-note melody arrives for balance. In Mala’s sets, the song functioned to reset the mood, short-circuiting people’s attention. It’s an aspect of music that fascinates Pritchard. “It’s an eerie feeling, like your brain has been shut off,” he says.

Creating art—be it music or images—is accessible to anyone, but to imbue the result with something meaningful requires training and experience. “Music and art trigger certain emotions in the brain through electrical responses,” he continues, expanding an idea that has become central to his approach over the years. “I’m basically self-triggering these emotions in my music because I like them. I find a way to enable that to happen, to become thoughtless in the creation process and just react in real time to what the machine is doing. It’s a way to escape, and I hope that’s what people get from this album. It’s what I want when I listen to other people’s music.” 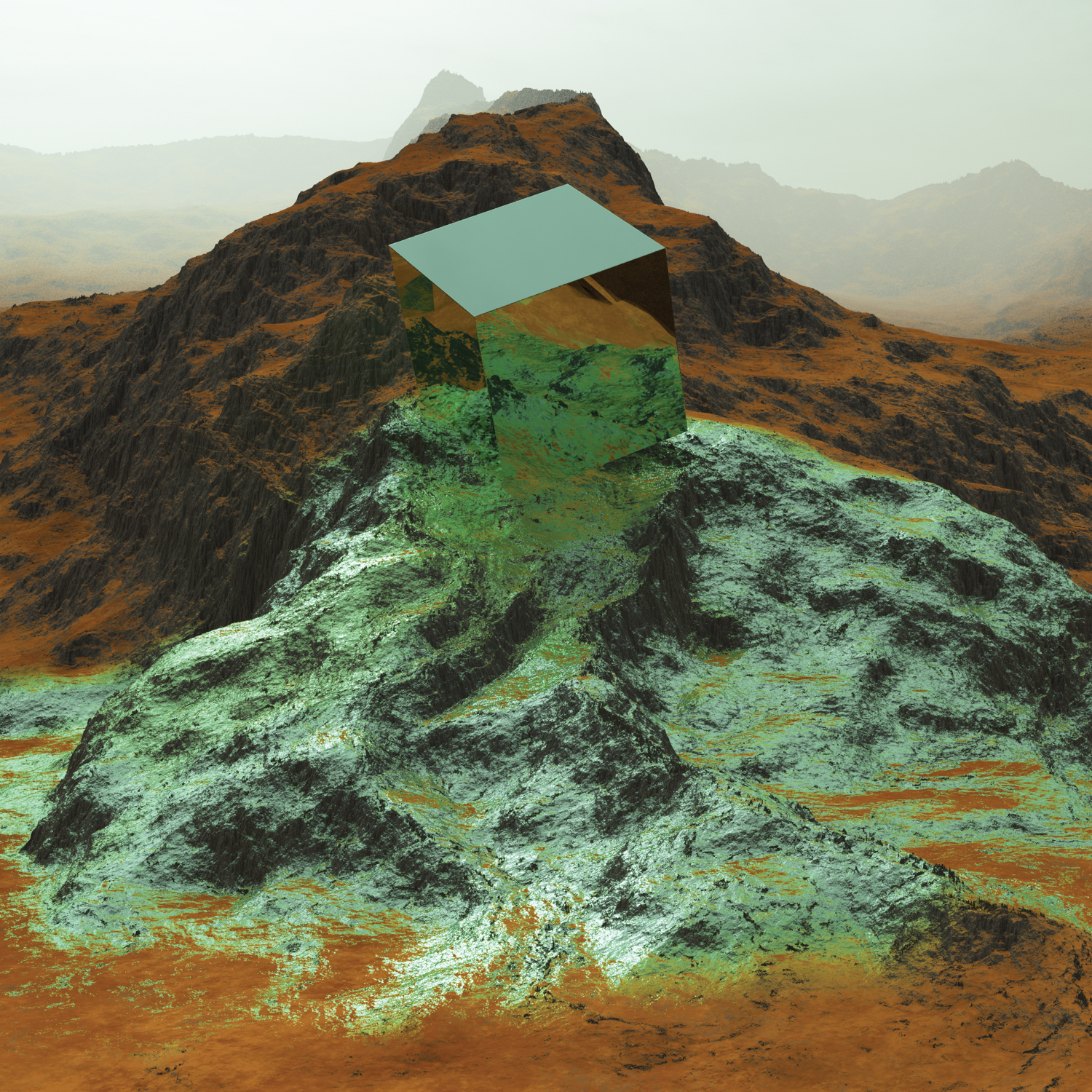 Unknowingly, Pritchard and Zawada were also relying on tools with their own imprecise qualities and inherent randomness. The music was written largely using old analogue synthesisers and “circuit-bent ‘80s toys,” machines full of opportunities but with a temperament of their own. During conversations with Pritchard, Zawada realised the similarities between those machines and his own scenery generator, Terragen. “It’s math-based software, not visual, so you just plug a bunch of things together, run it and see what comes out,” he explains. The software requires you to constantly tweak and adjust. “It’s very precise and imprecise at the same time,” he adds. “It gives you awesome results you can pursue further.”

True to his teenage ideals, Zawada’s album packaging creates a whole artwork that goes beyond just an arresting front cover. “I wanted to create a feeling of progressing through this planet, jumping from vast scenes to details in a strange puddle,” he explains. Under The Sun felt daunting the first time I put it on. I had to pause five tracks in as a creeping anxiety overtook me. A few days later I made it over the hurdle and found a rewarding experience I’ve since returned to multiple times, letting the music guide my emotions. For Pritchard, “the marriage of the [art and the music] makes them both more powerful. It’s tempting to flick through an album, I do it, but if you stick with it, get into it, you get so much more back.”

In an age of infinite streaming and music on demand, there’s been much debate over the oncoming death of the album format. The argument is moot, however, partly because albums remain a vehicle for the imagination and for engaging others through art. From Sun Ra to Pink Floyd, Beyonce to Radiohead, artists return time and again to the album format, and their potential combination of music and visuals, to tell us a story. The best albums create a universe we can step into and lose ourselves, choosing our own narrative.