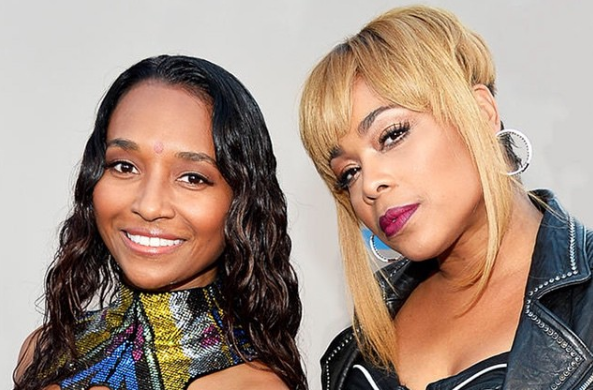 “Dedicated to all of you that have stuck with us.”

TLC are set to release their first album for 14 years.

Back in January, the ‘90s R&B icons launched a Kickstarter campaign to raise $150,000 to make a new album “completely on our own terms”. The duo have now exceeded their target, raising $430,000 in two months – including $5,000 from Katy Perry who bought herself a slumber party with T-Boz.

TLC’s manager Bill Diggins wrote on the band’s Facebook page last week that “the best is definitely yet to come,” revealing that 15 songs had now been completed for the album.

The project began as a response to demand from fans, but band member Rozonda “Chilli” Thomas explained that they hadn’t been planning to make music again.

The album will be TLC’s first studio LP without Lisa “Left-Eye” Lopes, who died in a car crash in 2002. “Of course, Lisa’s spirit will always be present in our music. That will never change,” the band wrote on Kickstarter. No tracklist or release date for the as-yet-untitled album has been confirmed yet.

Meanwhile, T-Boz confirmed a tour was “on the way” in a speech at the sickle cell anaemia benefit Crescent Moon Gala last weekend, where the artist spoke about her own 10-year battle against the illness.

TLC’s last album, 3D, came out in 2002, with band members T-Boz and Chilli releasing the record as a eulogy to Lopes.